What are Bildungsroman Novels?

One of the most popular forms of literary fiction, Bildungsroman novels capture the essence of character growth, maturity, and understanding about the world around them. Many of the most well-known novels ever written are Bildungsroman in some way, shape, or form. A Bildungsroman novel, at its very core, is a story about a character’s maturing process, especially from childhood; in fact, it is often called a “coming-of-age” story. These novels typically deal with the formative years of a character or their spiritual growth and education.


There are many novels that fall into the Bildungsroman category that may sound familiar to many students:

There are 12 key characteristics in a Bildungsroman novel, and they fall into four separate stages.

Much like “The Call” in the Heroic Journey, the call in a Bildungsroman novel spurs the character on their journey towards spiritual or psychological growth. The character is often unhappy with something in their current life, and it pushes them to search for answers to their unhappiness elsewhere in the world.

Maturity is not easily won; it is a long and arduous process, with many mistakes, tests, and internal obstacles that the character must face in order to finally gain maturity. They walk away with a newfound sense of themselves, and they know they are different people now.

In this stage, the character typically will return to their place of origins, and they will use their newfound knowledge to help others. In some cases, the character will not return home, but they will reach out and try to remedy a situation or a problem using the wisdom they’ve gained on their journey.

Teachers can customize the level of detail and number of cells required for projects based on available class time, differentiated learners, and resources.


Although this lesson can be used for multiple grade levels, below are examples of the Common Core Standards for grades 9-10. 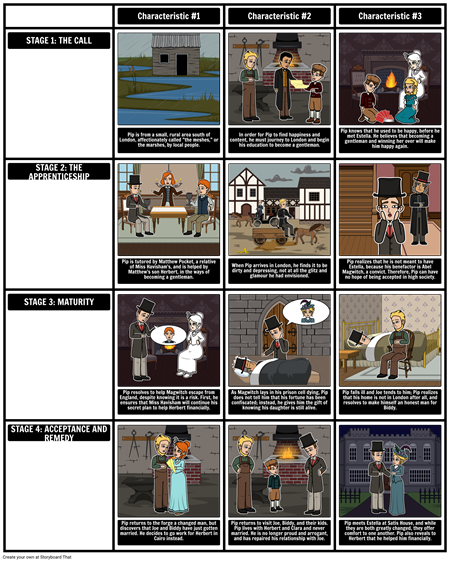 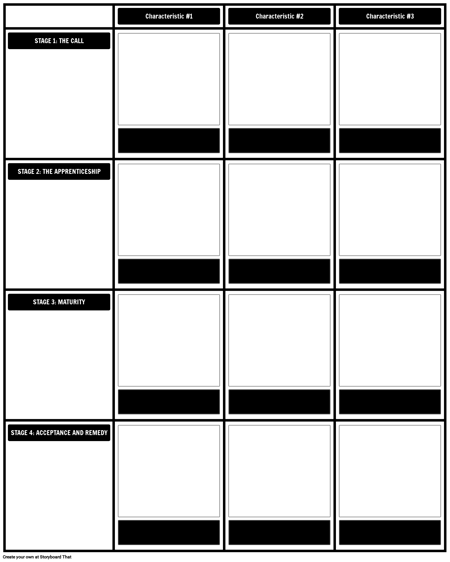 
Bildungsroman Novel Tracking Activity
As we read and discuss the novel, identify and track the 12 characteristics of Bildungsroman novels that appear throughout the story. Create a scene for each characteristic that highlights how it is utilized throughout the work. Add a brief quote or description under each scene that highlights an important piece of the characteristic being depicted. Make sure the art in your scenes is historically and factually accurate to the novel. Your scenes need to be neat, eye-catching, and reflect creativity and care. Please proofread your writing and organize your ideas thoughtfully.