T Chart Layout on Storyboard That

Find this Common Core aligned resource and more like it in our Elementary School and Special Education Categories!

What is a T Chart?

A T Chart (or T-Chart) is a graphic organizer that separates information into columns, traditionally for comparing. It gets its name from the basic version with two columns: it looks like the letter "T" and is both versatile and commonly used across all subjects.

Breaking Down the T Chart

The T-Chart is an easy-to-use and versatile graphic organizer because of its straightforward layout.

All of the information of your chart is in the columns. Depending on what type of information you are recording or displaying, there may be more information in certain columns than others. Some columns may have only words or only pictures. Make use of the available space to leave room for ease of readability!

The labels at the top of the of the chart dictate what information is placed side by side. Here are a few kinds of headings you might use at the top of a your chart:

Using T-Charts in the Classroom

The most common use for this type of graphic organizer is for comparison. The layout is ideal for comparison because it demonstrates a clear divide for the items or topics. The storyboard format allows for plenty of variations when it comes to using the chart for comparison, including the ability to compare more than two items by simply adding more cells. Comparing can be used for any subject, but on Storyboard That, the T-Chart is so much more!

Another great use is to create T-Chart worksheets! Use templates digitally or print them out for students to fill out by hand, or even give them a choice!

One of the unique types of activities that our teacher authors have come up with is using the T-Chart for acronyms! See an example below and take a look at some of the other articles using acronyms and mnemonic devices with Storyboard That:

The T-Chart is an excellent layout to show comparisons in English Language Arts activities, but the layout is also perfect for showing examples side-by-side. The dividing lines of the T-Chart help to separate different components.

All Summer in a Day - Comparison 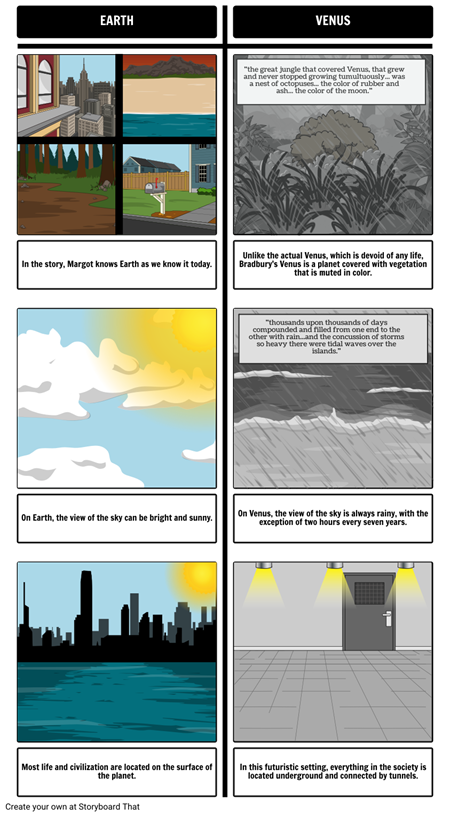 Of Mice and Men Literary Conflict

Often when we study historical events and politics, we need to understand both sides of an argument. The T-Chart is a perfect way to show the beliefs or circumstances of two or more people or groups.

Learning a language is hard work, and a T-Chart can help organize information! Use a T-Chart for comparisons of meaning and tense. 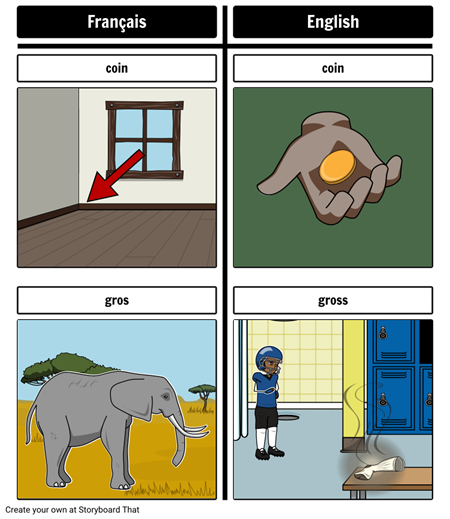 Use a T-Chart to compare temporal changes as well as characteristic differences. Storyboard That allows you to make up to ten rows and ten columns.

The ability to add a visual component to a graphic organizer is a huge benefit for visual learners! There is a large push on meeting the needs of various types of learners in the classroom and by incorporating the visual aspect, it allows you, the teacher, to reach more students without having to do extra planning. In addition to using the T-Chart for all of the above reasons, integrate this storyboard graphic organizer into PECS Boards, First Then Boards, and more. Click here for more ideas!

A Looks Like/ Sounds Like T-Chart is much more specific in its use. This is more of a learning tool that teachers use to help teach their students about behaviors (typically classroom behaviors). In a standard Looks Like/Sounds Like activity, the teacher would write the behavior down at the top of the chart and then, as a class, they will describe how a specified behavior both looks like and sounds like. As a result, the students all know what is expected of that behavior. This is great tool for classroom management! The Looks Like/Sounds Like format will sometimes include a third category called 'Feels Like'. This is optional, but can easily be done by including an additional cell.