Alessandro Volta was an Italian scientist and inventor who created one of the first electric batteries known as a voltaic pile. The voltaic pile produced a current and was made by stacking different metals separated by paper that had been soaked in a salt solution. He also isolated methane gas and demonstrated that it could be ignited by a spark. 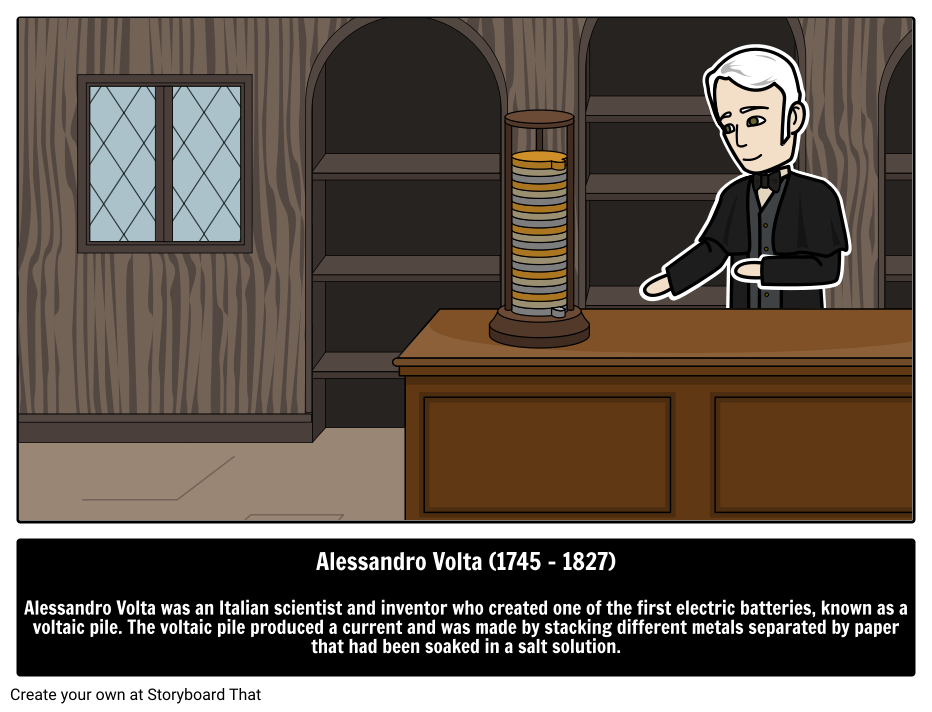 Create a Storyboard
See All Biographies