Storyboard That as a Comic Maker

Comics are easy to make, let Storyboard That help!

Many people associate comics with silly stories about superheroes, detectives, or talking animals, rather than high quality stories. Not like The Iliad (larger than life hero), Sherlock Holmes series (detective), or Aesop’s Fables (talking animals). But that doesn't have to be the case, and in fact, it isn't anymore!


(How much money have ‘The Avengers’ movies made?)


What is a Comic?

A comic is a visual story told through images. Words are often used in a combination of onomatopoeia, narration, and text bubbles. The images are single scenes, and changes in action or location happen by using multiple cells. Comics get their name from the word meaning “funny”. Not all comics are humorous, but the name started with political cartoons and other images printed in newspapers that often were humorous. We've made some that you can check out here!


The idea of telling a story or relating a message through images is nothing new; visual storytelling is tens of thousands years old: cave paintings, Egyptian tombs, friezes on Greek temples, Chinese screens, triptychs, the Bayeux Tapestry, stained glass windows and sculpture on cathedrals, instructional images... I think you get it. For a very long time, the majority of the populace was illiterate, so they could only learn through pictures.

The medium of comics is unique because of its primary use of still images and their combination with text in a narrative fashion. Over time, technological advances have enabled author-artists to greatly expand comic creation and dissemination. Comics come in many formats, most commonly in a horizontal strip, left-right top-down grid, or a single cell. Comics are also versatile and can be read online and printed out, and can greatly aid reading comprehension for readers of any level.


Why Make Your Own Comics?

Comics are especially useful for students with emerging language or reading abilities. Resistant and struggling readers are often more engaged with graphic novels because the visuals allow them to access the content more easily. Use comics to encourage reading habits, develop decoding and comprehension, explain a process or concept, or however else you want. 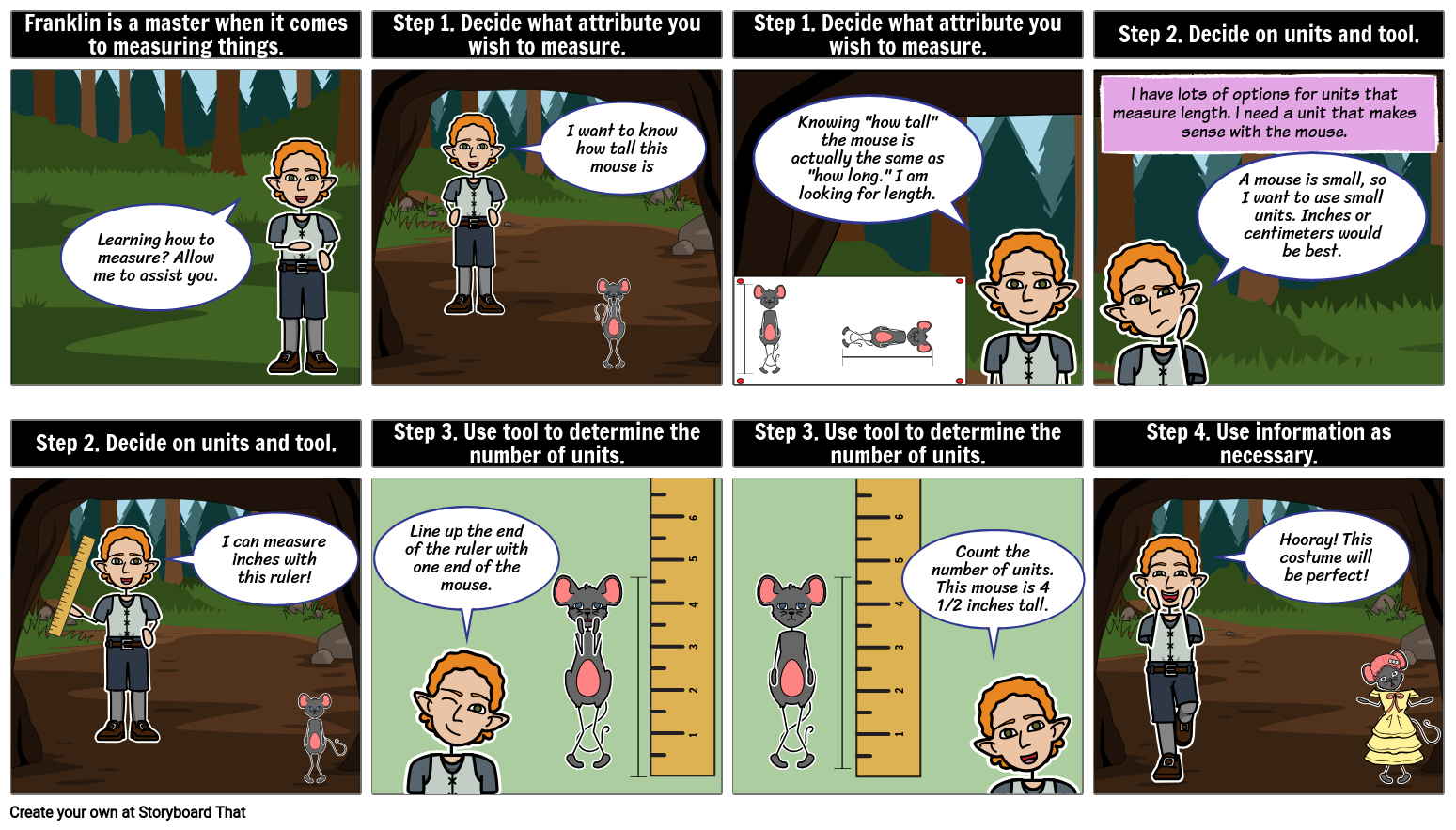 Political cartoons and social satire can be extremely poignant.

Socio-political jibes can attract attention to issues we are dealing with in society at large or in a classroom or work environment. Comics often make us laugh or make us look at a situation in a new light, separating ourselves from certain biases or preconceptions. Since characters in a comic can be realistic or completely make-believe, the connection to “real-life” may take a while to sink in.


Improve your writing skills by telling a story.

Comics make excellent serials, but also simple one-off episodes. Whether you are an elementary student trying to make sense of the sequence of events, someone with a great idea for an epic adventure, or someone who just doesn’t get the chance to write anymore, comics are a great place to start.

Here at Storyboard That, we encourage everyone to tell their story - whatever it might be! Visual storytelling has often been limited by talent and resources: not everyone can create masterpieces in stone or on canvas. Comics have even been limited by talent because, traditionally, people had to have their own ability to draw - and then computers changed the world. We have a few different layouts to use and tons of awesome artwork that has already been made for you.

Storyboard That Helps YOU Make Comics!

When you first open the Storyboard Creator, you are greeted by three empty cells. The traditional layout is PERFECT for a basic comic strip. Each cell shows action or dialogue and moves sequentially from left to right. Since the boxes are simple, you can divide them up however you like. Have a large cell split three different ways to show a conference call or simultaneous actions. (Pro tip: for more space per cell, use the 16x9 layout.)

For an additional challenge, you may want to expand to the handout or poster layouts! These are full-page spreads, and allow for a more advanced look to your comic. We've created several graphic novel layouts to get you started, but you can be as creative as you want through cropping and fun shapes.

One of the defining features of comics are the speech and thought bubbles. Comics allow the reader to enter the minds of the characters by literally reading their thoughts, or by experiencing through characters’ point of view. Storyboard That offers several different styles of speech and thought bubbles, as well as regular and stylized text boxes, to allow you to find the perfect match for your comic. 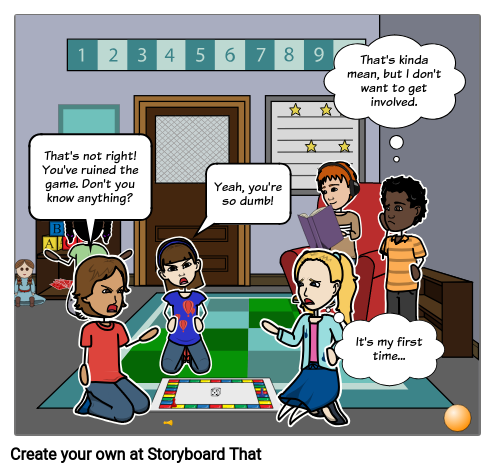 The Storyboard That art library is extensive and continues to grow every week! All scenes, characters, and items can be cropped, rotated, enlarged, flipped, and layered to make sure you get exactly what you need. Several of the scenes have special features that allow you to change the time of day or the weather. In fact, most of the art library is customizable, so you can change colors and characters’ expressions to match the story.

Use a pre-made scene, pattern, a combination, or none at all! You can even construct your own scene by putting different elements together.

Characters range from Ancient Egypt to modern day adults to fairies and space aliens. Almost all characters are colorable and poseable. The different characters allow you to choose various time periods, archetypes, or mythical creatures. These characters cover a wide range of abilities, times, emotions, and more to make sure your storytelling is as precise as you want it to be.


Don’t let a lack of drawing skills keep you from making amazing comics. Use Storyboard That right now!