A credit card allows people to pay for goods and services based on an agreement where the cardholder will pay back the amount they spent, plus any fees. Customers can purchase high-priced items without carrying a load of heavy coins or bills. 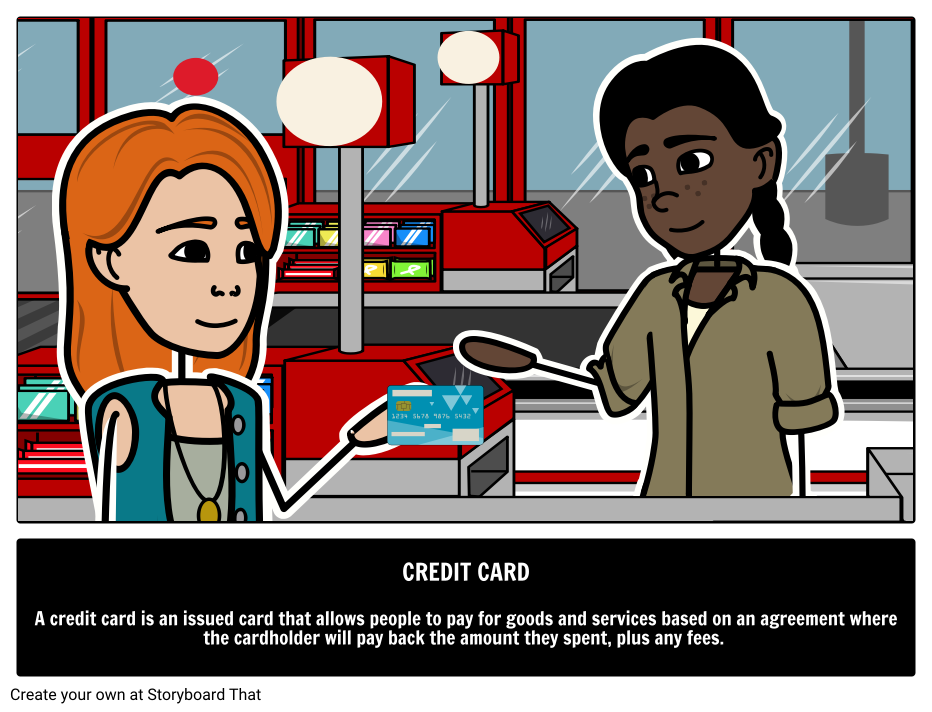 A credit card is a card that allows people to pay for goods or services using credit and not needing cash at the time of purchase. Credit cards have also made it possible for shopping and other financial transactions to be completed over the phone or internet, greatly increasing the global economy.

Early civilizations used various different objects like shells or coins as currency. Currency evolved to include regulated coins and bank notes. The concept of credit cards is first mentioned in the Edward Bellamy book Looking Backwards, which was written in 1887. The earliest predecessor to payment cards was charge coins. Customers who had large accounts could charge goods to their accounts using a coin with their account number on it. This evolved into charge plates, which allowed people to charge goods to their account and settle the bill later.

Diners Club cards were first released in 1950 and were the first multipurpose charge cards. Bank of America launched the first modern credit card in Fresno, CA in 1958. The card was known as the BankAmercard and would later be renamed Visa. The world’s second bank card came from a group of Californian banks known as Interbank Card Association. This bank card was called Mastercard.

In 1960, IBM introduced the magnetic stripe to verify credit cards. The magnetic stripe reduced the amount of credit card fraud, as it reduced the lag between the purchase and the verification of the account. During the transaction, the cashier still has to verify that the signature on the back of the card matched the signature on the printed slip. PIN codes were added in 1967 to allow automatic withdrawal of cash from ATMs.

The next advancement in credit card technology came with the addition of a chip. Chip and PIN transactions reduced the opportunity for people to commit fraud because even if the card was stolen, it couldn’t be used without the 4 digit pin code. Contactless cards with RFID technology first appeared in 1997, but weren't accepted by major retailers until 2008. Contactless cards do not require the card to touch the terminal, instead the card is read wirelessly. This has led to the development of mobile payments and digital wallets such as Apple Pay.