The printing press is a machine that allows for books, magazines, and other text-based items to be produced in large quantities. It changed the world as it allowed for ideas and news to spread rapidly throughout society. 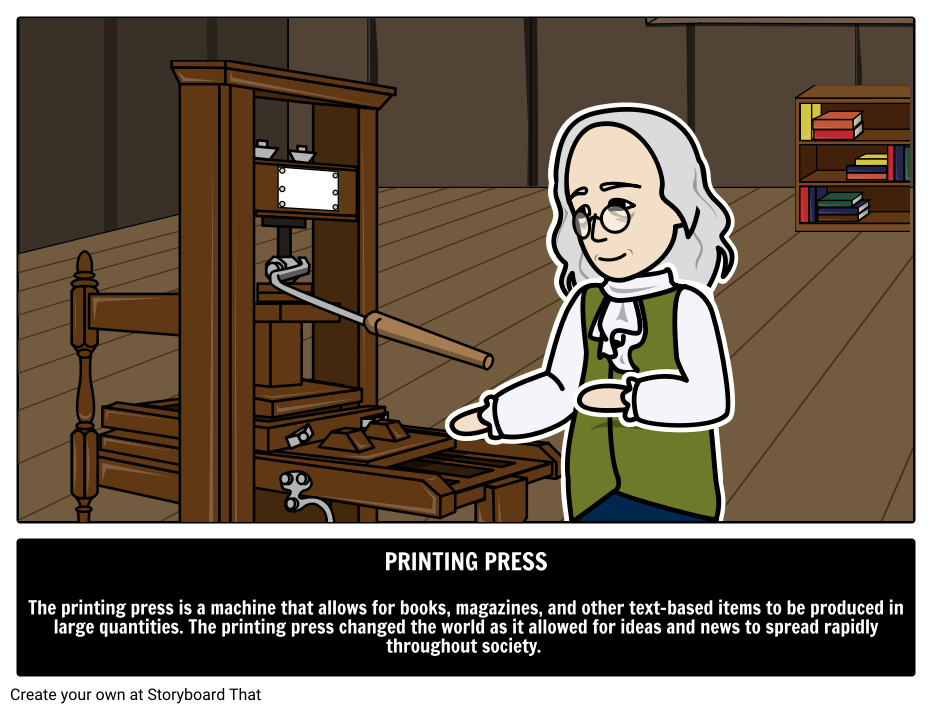 Significance of the Printing Press

The invention of the printing press in the 1490s by Johannes Gutenberg changed the course of human history. Prior to this invention, literary items were not only difficult to produce in mass quantities, but also too expensive for most people. All books and other reading materials had been painstakingly written by hand, but Gutenberg's ground-breaking machine allowed text to be physically “pressed” onto parchment in a cost and time-efficient manner.

The printing press was so significant because it allowed for the quick dissemination of political, social, economic, and religious ideas throughout the world. Mass produced pamphlets allowed people to quickly share their thoughts and ideas about how society should function. Because these pamphlets were relatively inexpensive and brief, cultural and political movements were easily facilitated. Without the printing press, cultural movements such as the Enlightenment, Protestant Reformation, and the American Revolution very well would not have been possible. Beyond these global movements, the printing press resulted in a greatly increased literacy rate throughout the world. Reading was no longer a skill reserved to the financial elite, which allowed poetry, philosophy, current events, and literary works to be accessed throughout global societies.