A wheel is a circular shaped disc or cylinder that rotates on an axle. The invention of the wheel has made moving heavy objects much easier and faster. 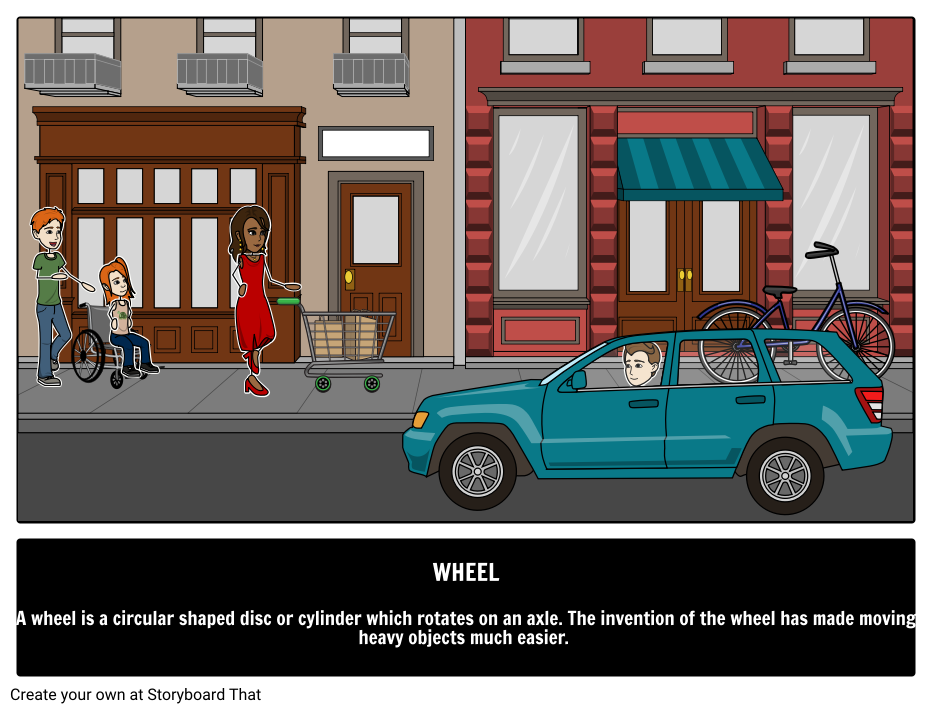 Early humans realized that round objects move more easily when they are rolled and the next step came using cylindrical rollers under objects. Archeologists believe that log rollers were used to move some of the heavy stones needed to build the Temple of Angkor Wat, in what is now Cambodia. It is from these log rollers that scientists believed humans developed the wheel.

The wheel is a disc which can move freely while still attached to an axle. The wheel and axle is one of the six simple machines. Interestingly, humans had made a number of other inventions, like sailboats, before inventing the simple wheel. This is due to high technical ability needed to create perfectly round parts needed to make a wheel and axle.

Wheels work by reducing the friction force associated with dragging an object. The wheel is a very important invention, but we have no idea who invented it. There is a lot of debate as to where and when the wheel was invented. Some of the earliest wheels ever found were believed not to have been used for transportation, but as a potter’s wheel. The first records of the wheel being used for transportation came approximately 300 years after the potter’s wheel. The first wheels were believed to have been made from single pieces of wood. Over time the design has been improved and refined to the wheels we know today. Wheels have revolutionized the way early humans could travel and transport goods, stimulating trade and settlement expansion. Just about every modern method of transportation requires wheels, trains and cars are the most obvious, but even planes require wheels to fly.

Different Uses for the Wheel