A Raisin in the Sun by Lorraine Hansberry

A Raisin in the Sun by Lorraine Hansberry, takes its title from the famous Langston Hughes poem “A Dream Deferred”, whose theme is echoed throughout the play. In a small apartment in Chicago in the 1950s, the members of the Younger family, an African American family, each have big dreams of what to do with the life insurance money they are going to receive from Big Walter’s passing. For some of the members of the family, their dreams have been put off, “deferred”, for years; for others, there are obstacles they must overcome in order to pursue their dreams. The play was well-received, and is notable as the first Broadway play written by an African American woman, and for being directed by the first African American Broadway director.

It pushed important questions and issues to the forefront of conversation, such as: segregated housing; the definition of a family; unequal opportunities and pay for working African Americans, even in the North; and the importance of following one’s dreams, regardless of race, obstacles, and pride. In addition, it showcases a strong woman’s role in the family, as Mama is decidedly the best decision-maker, with a strong moral compass.

In the pre-Civil Rights era, many African American families were struggling with the issues highlighted in the play, but most importantly, they were dreaming of a better world for themselves. Men like Martin Luther King, Jr., encompassed this “dream” ideal in his famous “I Have a Dream” speech. The Youngers reflect this need for progress and acceptance so that all people have a chance to achieve the American Dream.

Student Activities for A Raisin in the Sun Include: 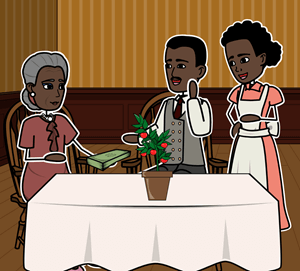 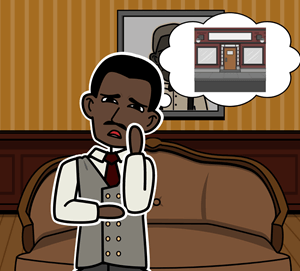 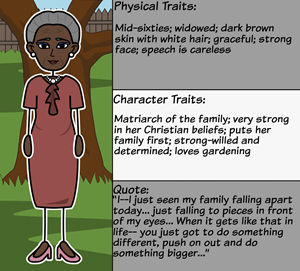 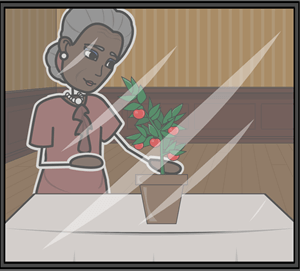 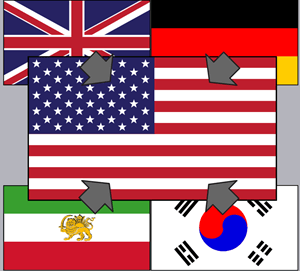 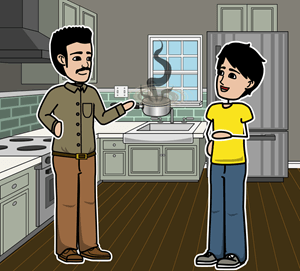 A Raisin in the Sun Summary

The Younger’s apartment gives off a feeling of weariness. Not only is it very small, but they also have to share a hall bathroom with other apartments. Walter and Ruth have a lot of tension between them, and it seems to revolve around their frustrations being “stuck” in their life in the apartment and their concerns about their son, Travis’s, future. Walter and Ruth’s relationship is also strained by the fact that Walter not feeling like the man of the household, as if his ideas are not being heard.

The Youngers are about to receive a $10,000 life insurance check from Big Walter’s death some time earlier. Beneatha is hoping to use some of the money for medical school to become a doctor; Walter wants to use the money to open a liquor store with his two friends Willy Harris and Bobo; Mama considers putting a deposit down on a house to call their very own, which was always Big Walter’s dream, with a garden in the back, which was always her dream. She keeps a little plant in the apartment, trying to ensure it gets enough daily sunlight to survive. She thinks that having a place to call their own will help to strengthen their fragile family ties.

Beneatha is an independent young woman who is determined to find her identity and solidify a career for herself. She challenges God and Christian values often, and vocally, which insults and upsets Mama, who is very pious. Mama slaps Beneatha for speaking so disrespectfully about God in her house. The scene ends with Ruth collapsing to the floor. The next scene begins with the Youngers giving the apartment a fresh spring cleaning. Ruth returns from the doctor with news—she is pregnant. She slips and mentions that the doctor she went to was a woman; Mama is suspicious that Ruth has gone to a neighborhood doctor known to perform abortions.

A man Beneatha met at college, Joseph Asagai, arrives at the apartment. He is laid-back and has a strong Nigerian accent. Beneatha is visibly taken with him. He brings her a gift of colorful women’s robes. While she is admiring them in the mirror, Asagai mentions that Beneatha “mutilates” her hair by straightening it. He is teasing her, but Beneatha is disturbed by the comment.

He calls her “Alaiyo” which means “One for whom bread—food—is not enough.” For once, Beneatha feels that a man understands her, because she feels that she is constantly searching for more than just material things. Shortly after Asagai leaves, Beneatha hurriedly rushes out of the apartment on an errand. The life insurance check arrives. Mama shuts Walter down by telling him there will be no investing in any liquor stores. She tells Walter that Ruth is expecting a baby, and that she might be thinking of aborting the pregnancy. Ruth admits that she gave the doctor a $5 down payment. Mama waits for Walter to object, but he doesn’t, so she calls him a disgrace to his father and storms out.

Beneatha is parading around in her Nigerian robes for Ruth, with a headdress on her head. She puts on a record with a Nigerian melody and begins to dance and sing. Walter comes home drunk, join her dancing.

A young, wealthy man, George Murchison, comes to the door to pick up Beneatha for a date. Beneatha removes her headdress to reveal that she has cut her hair very short, which shocks George, Ruth, and Walter. George calls her “eccentric” and tells her to get ready. Beneatha implies that he is an “assimilationist”, which George laughs off.

Mama then returns with news: she bought a house! Ruth and Travis are ecstatic, but Walter shuts down, defeated. Mama tells them it’s a nice house with three bedrooms, and a small yard with a little patch of dirt for a garden. The bad news soon follows: it’s in Clybourne Park, an all-white neighborhood, and house bombings of African American families in such neighborhoods were widely publicized at the time. Walter berates Mama for her decision; however, this was Mama’s way, as the head of the family, of trying to put together a future for her family that would pull everyone back together.

A few weeks later with George and Beneatha in the apartment after a date. Beneatha wants to talk, but George is exasperated, telling Beneatha that she’s good looking, so no one cares what’s in her head. His sexism is blatant, and George is not going to fit into her life anymore. Beneatha tells Mama that George is a fool, and for the first time, Mama and Beneatha have an understanding between them.

Ruth gets a phone call from Walter’s boss with news that Walter hasn’t been to work in three days. Mama realizes that when she used the money to buy the house, she took something from Walter. She tells him that she was wrong, and gives him $6,500: $3,000 to be put in an account for Beneatha’s education, and $3,500 for him to spend on whatever he wishes. With this gesture, she entrusts him as the head of the household, which instantly rejuvenates Walter’s spirits.

On moving day, a week later, Walter and Ruth’s relationship has changed drastically; they are almost deliriously happy with one another. A quiet-looking, middle-aged, white man named Karl Lindner comes to visit the Youngers, claiming to be a representative of the Clybourne Park Improvement Association. He makes it sound like the Association just wants to touch base with their new neighbors, but soon, his true mission comes to light: he has come to offer them twice the price of their new house, as long as they don’t move into it. Walter throws him out.

A short while later, Bobo knocks on the door with devastating news: Willy Harris, the brains of the liquor store plan, absconded with all of the money. Even worse is the revelation that Walter never put aside money for Beneatha’s schooling: he gave the entire $6,500 to Willy.

An hour later, Asagai arrives to help with the packing. Beneatha is beside herself, convinced that with the loss of this money, all of her dreams of medical school are gone, too. Asagai wisely points out that before they had any money, she was still going to be a doctor; her dream isn’t gone, simply because the money is. He then invites her to come back to his village in Nigeria and practice medicine there. Walter suddenly rushes from his room and out of the apartment. Mama announces that they should start unpacking, which sends Ruth into a panic. She tells Mama she’ll work day and night with a baby strapped to her back, but they have to get out of this apartment.

Walter returns and announces he’s called Lindner to get the money the Association originally offered. For the women of the family, taking money from a white man to stay out of his neighborhood is the ultimate blow to their pride and humanity. But Walter is out of his mind, almost delirious. He has given up on trying to advance himself in the world, and he is only focused on getting the money back.

When Lindner arrives, eager to complete their deal, Walter realizes that what is right for his family is to move into that house, that his self-respect is more important than money, and that he’d be letting down his entire family by taking money that goes against his conscience. He throws Lindner out again. Mama says thoughtfully to Ruth about Walter, “He finally come into his manhood today, didn’t he? Kind of like a rainbow after the rain…” The moving men arrive, and everyone runs out of the apartment except for Mama, who realizes she’s left her plant on the table. She retrieves it, and closes the apartment door behind her.


Essential Questions for A Raisin in the Sun

Buy A Raisin in the Sun by Lorraine Hansberry on Amazon