The Presidency of Abraham Lincoln

Abraham Lincoln’s presidential service is remarkable, both in the obstacles he faced, and the manner in which he overcame them. Through his audacious leadership in a period of national strife, Lincoln has come to be regarded as one of the greatest presidents in U.S. History. Students will enjoy bringing the events of his candidacy to life through storyboards, and will be able to better understand his impact on history.

Student Activities for The Presidency of Abraham Lincoln Include: 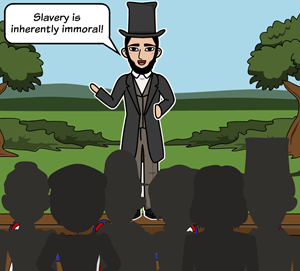 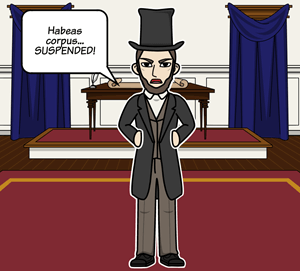 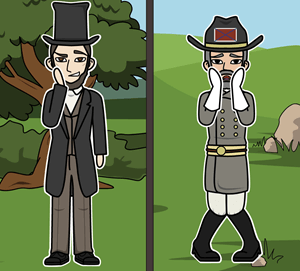 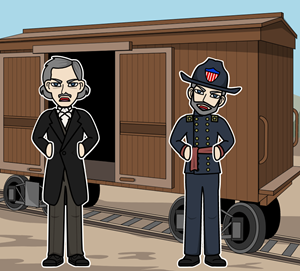 In the early to mid-1800s, the United States expanded its boundaries and wrestled with the issue of slavery. The “slave question” divided America both politically and socially. Typically, the northern states argued to deny the expansion of slavery into new territories, while southern states vied for the retention of slavery to drive their economy.

After years of practicing law, serving as a representative, and helping found the Republican Party of 1854, Lincoln rose to the presidency during one of the darkest periods in American history. The country, as well as Lincoln, was severely tested as the U.S. entered into a civil war, tearing itself apart.

Lincoln acted as no president had, ever or since. Stretching his powers to the limit, he did anything and everything to preserve the country and save it from total destruction. Lincoln’s efforts as chief executive set new precedents for presidential powers in a time of crisis. From expansion of armies, to the suspension of the writ of habeas corpus, Lincoln exercised powers that arguably challenged, if not defied, constitutional law. Whatever the constitutionality of his actions, because of Abraham Lincoln, the country persevered and the standards of the presidential position were forever changed.

With the activities in this lesson plan, students will be able to analyze, explain, and connect Lincoln’s decisions and actions in regards to the Civil War, as well as how they connect politically to the constitution and powers of the president. Students will examine and define these actions, their implications, and ultimately, the major effects they had on both law and the war itself. By examining Lincoln’s presidency, students and teachers alike will be able to create a deeper understanding of the man behind winning the Civil War, who forever altered the presidential office.


Discussion Questions for The Presidency of Abraham Lincoln