Animal Farm by George Orwell is a dystopian vision of society based on the early years of communist Russia. It is an allegory filled with elements of what can happen in the wake of a popular revolution. Like many dystopias, the society's goal was to build a utopia where its members live in harmony, but these ideals quickly transformed into something darker. These activities will engage students in analyzing the story and its historical counterpart.

Student Activities for Animal Farm Include: 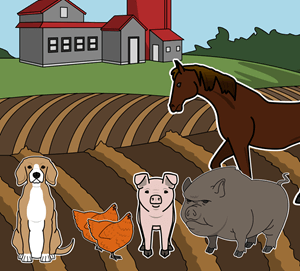 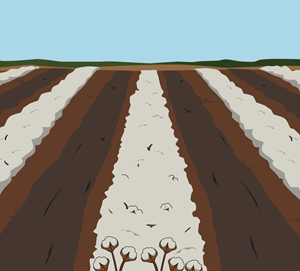 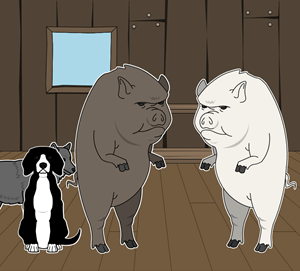 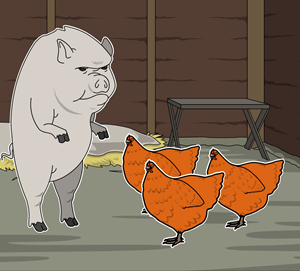 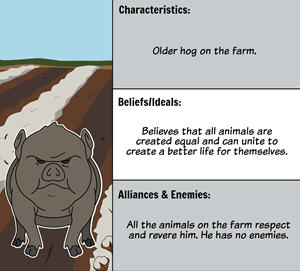 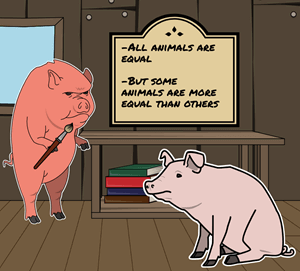 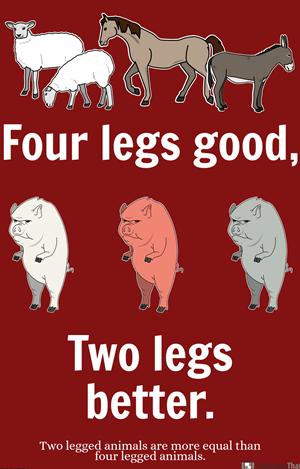 On the Manor Farm, a venerable boar named Old Major gathers the animals for a meeting and inspires them to revolt. Although he dies, two pigs, Napoleon and Snowball, vow to continue his work, and lead the others in driving off the unfit, drunken farmer. The pigs of the farm begin to establish a new government where animals have rights. They adopt "The Seven Commandments of Animalism", the most important of which is: "All animals are equal."

The animals begin to read and write. They use the commandments to educate all the young. Food is plentiful, and the farm runs smoothly. However, when the pigs elevate themselves to positions of leadership, a struggle for power begins between the two successors to Old Major. Napoleon wins by having his dogs chase Snowball off the farm.

As supreme leader, Napoleon enacts changes to the governance of the farm, replacing meetings of all animals with a committee of pigs who will run the farm. Eventually, Napoleon's supremacy has him paranoid that someone will try to overthrow him. Using Snowball, the pig he chased away, as a scapegoat for incidents happening on the farm, Napoleon begins to purge the farm. He accuses other animals of conspiring with his old rival, and attacks them with dogs. The animals become convinced that they were better off with the farmer, Mr. Jones, than the tyranny that has come to be.

Things get progressively worse on the farm. Animals are worked to the point of collapsing, and it is clear that the commandments have been rewritten. Most ominously, the first commandment now reads: "All animals are equal, but some are more equal than others." The pigs begin to take on human qualities like walking upright and dealing with other farmers. As the animals gaze at pigs and humans, they realize they can no longer tell the two apart.