As the world around us changes, so does the way that we see the world and express that vision. Literature, arts, and philosophy evolve to mirror their historic and social context. An appreciation of literature is grounded by an understanding of the work’s context. Looking at the literary movements helps students articulate the common approach and ideas of each movement and time period.

It is important for students of British Literature to understand the attitudes of both the author and the characters. Connecting a piece of writing to the ideologies of its time is a significant component in this task. 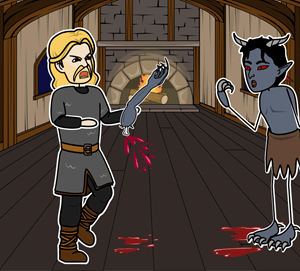 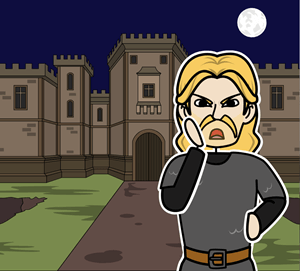 Philosophies of the Periods 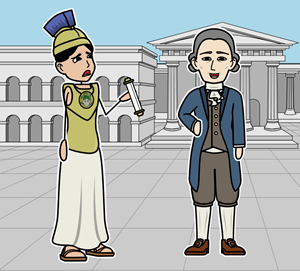 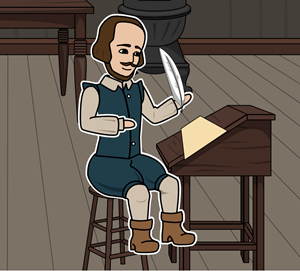 Characterized by an oral tradition of epic poems, songs, and poetry, Old English or Anglo Saxon literature was well established by pre-Christian Germanic settlers. One of the most well known works of this time period is Beowulf, an epic poem about the eponymous Geatish warrior.

Medieval or Middle English was prompted by the invasion of the Normans into Britain, when the Duke of Normandy defeated King Harold of Britain at the Battle of Hastings. The language was a dialect of French descent with Germanic influences, usually called Anglo-Norman. This diversion brought English closer to what we know and use today. Famous works during this period include the History of the Kings of Britain (containing the legend of King Arthur) and the Canterbury Tales. This period had a large focus on the Roman Catholic Church, as it was an essential part of everyday life for both royalty and peasants.

The English Renaissance saw the rise of the merchant class in Britain. Math, science, technology, education, and exploration became more accessible to the masses. The feudal system was slowly dissolving as middle class merchants rose in wealth. Plays became popular as they appealed to all classes. Notable playwrights include Christopher Marlowe, and William Shakespeare, arguably the greatest dramatist of all time.

Neoclassical writers tried to imitate the style of the Roman and Greeks, “Neo” meaning “new” and “classical” referring to classic works. This era was the starting point of the modern middle class and the tradition of afternoon tea. People would gather to discuss politics and other ideas of the Enlightenment. Characteristics of writing focused primarily on people's appearances rather than their true feelings or intentions. In contrast to the Renaissance that saw people as inherently good, Neoclassical literature saw man as ‘flawed’.

Romanticism shifted from reason, logic, and science to a belief in the senses. Feelings, imagination, and experiences were valued above all. Previously an emphasis was on an interest in urban society, but during this movement people focused on rural and natural life. Works consisted of extremely personal works that touched on the mysterious and infinite world. Frankenstein by Mary Shelley is a famous work from the Romantic Period.

Beginning with the crowning of Queen Victoria and culminating the year of her death, the Victorian era saw a battle between Romantic/Gothic and Neoclassical/Enlightenment ideas. During this time, the middle class far outnumbered the nobles. Many upper middle class members felt that they could join the ranks of nobles and focused on acting like the dignitaries of the time. Characters and authors of this time period are often stereotyped as being stuffy, hypocritical, and narrow-minded. Charles Dickens is a well-known Victorian author who wrote A Tale of Two Cities.

Modernist British authors had a sense of betrayal after being devastated by two world wars in Europe. They lost faith in their institutions of government, which they once believed in and now saw as having led them into bloody conflicts. They no longer saw their government or even their religions as reliable means to provide answers in life, therefore turning away and looking to seek the answers themselves. Sometimes using allegory or even fantasy to do so.