Cell division is the process by which cells can make more cells. It only allows organisms to become more complex, it also allows organisms to replace cells and repair tissue. Mitosis and meiosis are two different processes of cell division. Mitosis is the process by which a cell creates identical copies. In these cells, the DNA is exactly alike. Meiosis is the process by which a cell divides into two, non identical, cells, meaning the DNA is not the same. Deoxyribonucleic acid, or DNA, provides instructions to produce many different types of proteins needed to make structures within living things. The following activities will allow students to understand the stages of mitosis and meiosis and what makes them different.

Student Activities for Cell Division Include: 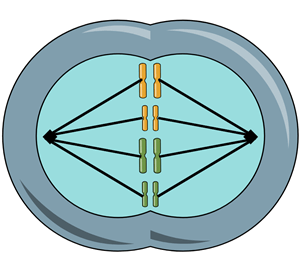 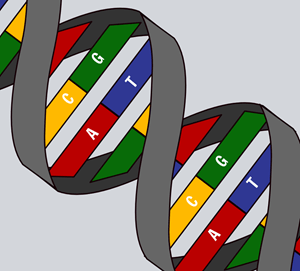 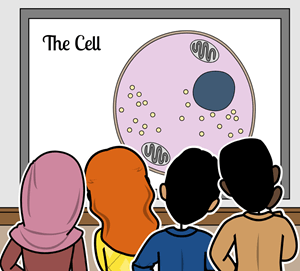 One of the most fascinating things about cells is their ability to make more of themselves. Cell division is a process in which a parent cell divides into two (or more) daughter cells. Eukaryote are a group of organisms whose cells have a nucleus and other organelles enclosed within membranes. The nucleus of the eukaryotic cell contains genetic information that is carried by deoxyribonucleic acid (DNA) molecules. With the exception of identical twins, everybody's DNA is different. The DNA molecules form into large threads known as chromosomes. The human body has 46 chromosomes, which form 23 pairs. Genes are short sections of DNA and are codes for particular proteins that provide instructions for the order that amino acids are joined together.

Mitosis is a process by which a parent cell divides to produce two genetically identical daughter cells. Most of the cell division that occurs in the body involves this process. Mitotic cell division results in an increased number of cells. This increased cell number can allow an organism to grow and get bigger. A baby human has fewer cells than an adult human and this increase comes from mitosis. Mitosis can also produce cells that can be used to replace dead cells, allowing living things to maintain themselves over long periods of time.

The process starts with a parent cell. The cell first produces copies of its DNA, and the copies are connected. These connected copies are known as sister chromatids. In animal cells, the cell will also need to create a copy of an organelle involved in mitosis known as a centrosome.

After the metaphase, the cell moves into the anaphase. In this stage, the sister chromatids are pulled apart from each other to opposite ends, elongating the cell. Following this is the telophase, where the cell is nearly finished dividing. The spindle fibers break down and two new nuclei are formed. The chromosomes start to return to their uncondensed form. The final stage of the cell splitting, known as cytokinesis can overlap with the anaphase or telophase. Here, the cytoplasm divides to form two new cells. The middle of the cell is pinched together. The indentation of the cell's surface where the pinching occurs is known as the cleavage furrow. These new cells can then go on to divide again, creating even more cells.

Mitosis produces cells which allow us to grow and replace old, worn-out cells. Meiosis, on the other hand, is the process by which gametes (sex cells) are made. Meiosis produces daughter cells which are not genetically identical to the parent cell.

Then, during anaphase I, the homologous pairs are pulled apart to different ends of the cells by the spindle fibers. The sister chromatids stay together, which is different to the mitotic anaphase. After the anaphase I is telophase I. The two newly forming cells are haploid, meaning they contain half the chromosomes of the parent cell. The nuclei start to reform. Cytokinesis occurs and the two cells split and separate. The cells then move into the second part of meiosis. The two daughter cells have one chromosome from each homologous pair. You can think of the second part of meiosis as mitosis of a haploid cell.

When a sperm cell and egg cell meet the fuse together, this is called fertilization. The two cells form a zygote, which has 46 chromosomes (23 pairs), 23 chromosomes come from the sperm cell and 23 comes from the egg cell. A zygote has the same number of chromosomes as the other body cells.


Other Ideas for Cell Division Activities