Charlie and the Chocolate Factory by Roald Dahl

Charlie and the Chocolate Factory by Roal Dahl is a wacky story about a poor boy meeting an eccentric candy magnate. A perennial favorite by the beloved Dahl, this book contains imaginative scenes and forceful life lessons, all wrapped up in a colorful candy coating.

Student Activities for Charlie and the Chocolate Factory Include: 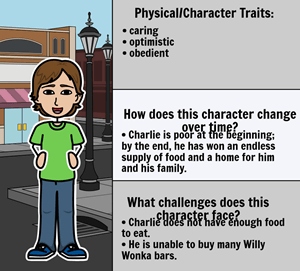 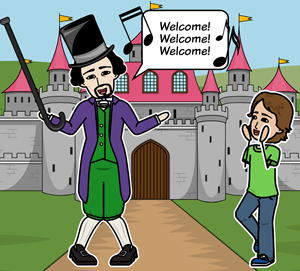 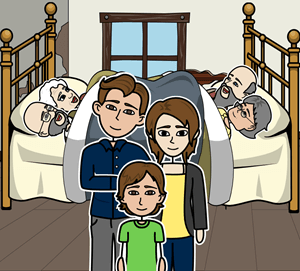 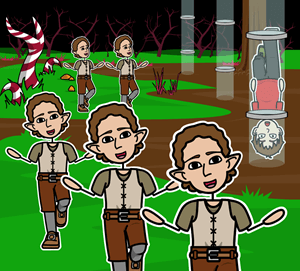 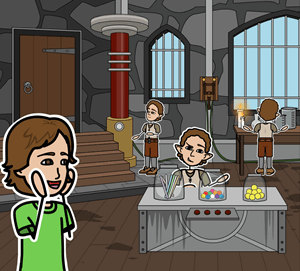 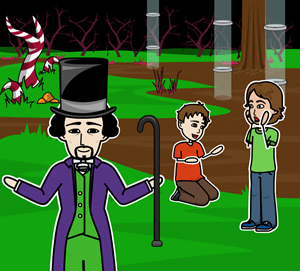 Charlie and the Chocolate Factory Summary

Charlie Bucket is a young boy who lives in a small two-roomed house with his parents and four grandparents. Charlie’s family is extremely poor and cannot afford enough beds or food. In the evenings, Charlie sits with his grandparents and listens to their stories. Grandpa Joe tells Charlie about Willy Wonka and all his great inventions, including 200 kinds of candy bars and ice cream that doesn’t melt. Charlie’s greatest desire is chocolate and he wished more than anything to go into Wonka’s Factory.

Mr. Bucket bring home a newspaper with the headline, “WONKA FACTORY TO BE OPENED AT LAST TO LUCKY FEW”. Willy Wonka has wrapped five Wonka bars with golden tickets. The children who find the golden tickets will take a tour of the factory and receive a lifetime supply of chocolate. Charlie and Grandpa Joe do not believe Charlie will be able to win the golden ticket, because he only receives one chocolate bar each year, for his birthday.

A cold winter hits and Mr. Bucket loses his job. The family begins to starve worse than ever. Walking home from school, Charlie finds a one dollar bill and goes into the nearest shop to purchase a bar of chocolate. After wolfing it down, Charlie decides to buy just one more piece.

The bar contains the last golden ticket. Charlie arrives home shouting excitedly. Grandpa Joe is filled with such excitement that he jumps out of bed for the first time in 20 years! It is decided that Grandpa Joe will be the one to escort Charlie to the Willie Wonka Factory. At 10:00, Willie Wonka welcomes the five children and their families into the twisted passageways of the factory and underground to The Chocolate Room.

The Chocolate Room is filled with beautiful plants and trees, a chocolate river with a chocolate waterfall, and long glass pipes that transport the chocolate to other rooms in the factory. On the other side of the river are the Oompa-Loompas. Mr. Wonka explains how he came about bringing the Oompa-Loompas to work in his factory. Meanwhile, Augustus Gloop gulps handfuls of chocolate from the river. He leans too far over the edge, falls into the river, and is rocketed to the fudge room. The Oompa-Loompas sing a song about a no-good boy being turned into delicious fudge.

Wonka and his guests hop aboard a boiled-sweet boat and head down the chocolate river. They stop at one labeled, “Inventing Room – Private – Keep Out”. Wonka warns them not to touch or taste anything. He turns on a machine that creates a stick of gum equal to a three course meal. He warns that the gum is not quite right, but Violet Beauregarde grabs it and begins chewing. She tastes tomato soup, a baked potato with roast beef, and blueberry pie. Her face begins to turn blue and her body swells into a giant blueberry. The Oompa-Loompas roll her to the Juicing Room.

The group continues, but stop to watch the squirrels work in the Nut Room. Veruca Salt wants her own squirrel and goes into the room to catch one. The squirrels pin her down, knock on her head, decide she is a bad nut, and send her down the garbage chute.

The small group enters a glass elevator. Mike Teavee and Charlie each choose one of the thousands of buttons on the elevator. Mike chooses “Television Chocolate”. They arrive in a room where giant chocolate bars are sent electronically to the television. With Wonka’s permission, Charlie reaches into the television, grabs the chocolate, and eats a bite. Grandpa Joe calls it a miracle, but Michael Teavee is even more excited. He wants to be the first person in the world to be sent by television. His body is sent to the television, but now he is only an inch tall. His worried parents tuck him into a pocket and follow the Oompa-Loompas out.

Wonka, Charlie, and Grandpa Joe return to the glass elevator. Willie Wonka acts surprised that Charlie is the last child and exclaims that Charlie has won. The elevator blasts through the top of the factory and hovers in the air. Down below, they can see the other kids and their parents leaving the factory: Augustus has slimmed down after being sucked through the pipe, Violet’s face is purple, the Salt family is covered in trash, and Mike Teavee has been stretched to be ten feet tall.

The glass elevator swings even higher and hovers above the town. Mr. Wonka explains to Charlie that he is an old man and wants to gives Charlie the entire factory. Charlie and Grandpa Joe are ecstatic, but Charlie is concerned for his other grandparents, who are unable to get out of bed. Wonka is not troubled by this at all. The elevator crashes right through the roof of their cottage, picks up the bed and all of Charlie’s family, and moves them into the Willie Wonka Chocolate Factory.


Essential Questions for Charlie and the Chocolate Factory

Buy Charlie and the Chocolate Factory by Roald Dahl on Amazon