The Earth and Moon

Find this lesson plan and more like it in our Science Category.

Roughly 4.5 billion years ago, Earth began to form as a result of matter clumping together due to gravitational attraction. Over time, these clumps of matter started crashing into each other, forming larger bodies that eventually would lead to planets and moons. Our Moon is a one of these celestial bodies. It is Earth’s only permanent natural satellite and orbits around the Earth once every 28 days. The following activities will introduce students to the phases of the moon and how the orbit of the Moon affects life on Earth!

Student Activities for Earth and Moon Include:

Phases of the Moon 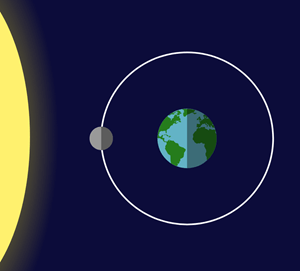 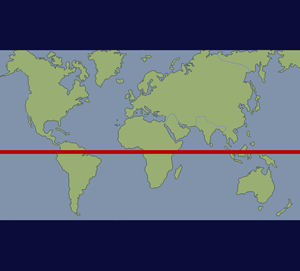 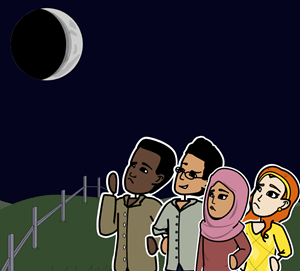 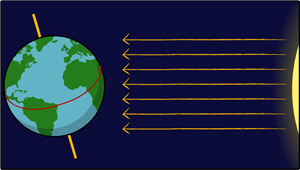 The Earth and the Moon

Because our planet has near perfect conditions for life, it is a unique planet in our solar system. This includes the fact that it is the only one we currently believe has liquid water in the present day. The Earth orbits the Sun and takes 365.25 days to complete one revolution, or rotation, around the sun. Because a calendar year lasts 365 days, we add "Leap Day" every four years on February 29th in order to get the calendar back on track. Every fourth year with February 29th is known as a Leap Year.

The Earth is split up into two halves, known as hemispheres. The Northern and Southern Hemisphere meet at the equator, an imaginary line of latitude that is halfway between the North Pole and the South Pole. The Earth rotates on a tilted axis and takes 24 hours to make a full rotation, making the day. The Earth’s axial tilt changes between 22.1° and 24.5°, and scientists believe that Earth was hit by a very large object, changing the planet’s rotational axis. This tilt causes the Earth’s seasons. During the summer solstice for the Northern Hemisphere, the tilt is pointing towards the Sun. This means that the Sun’s light is spread over a smaller area, so the energy density is higher. While this happens, the Southern Hemisphere is pointing away from the Sun, so the Sun’s energy is spread over a larger area, causing cooler average temperatures, thus resulting in winter. 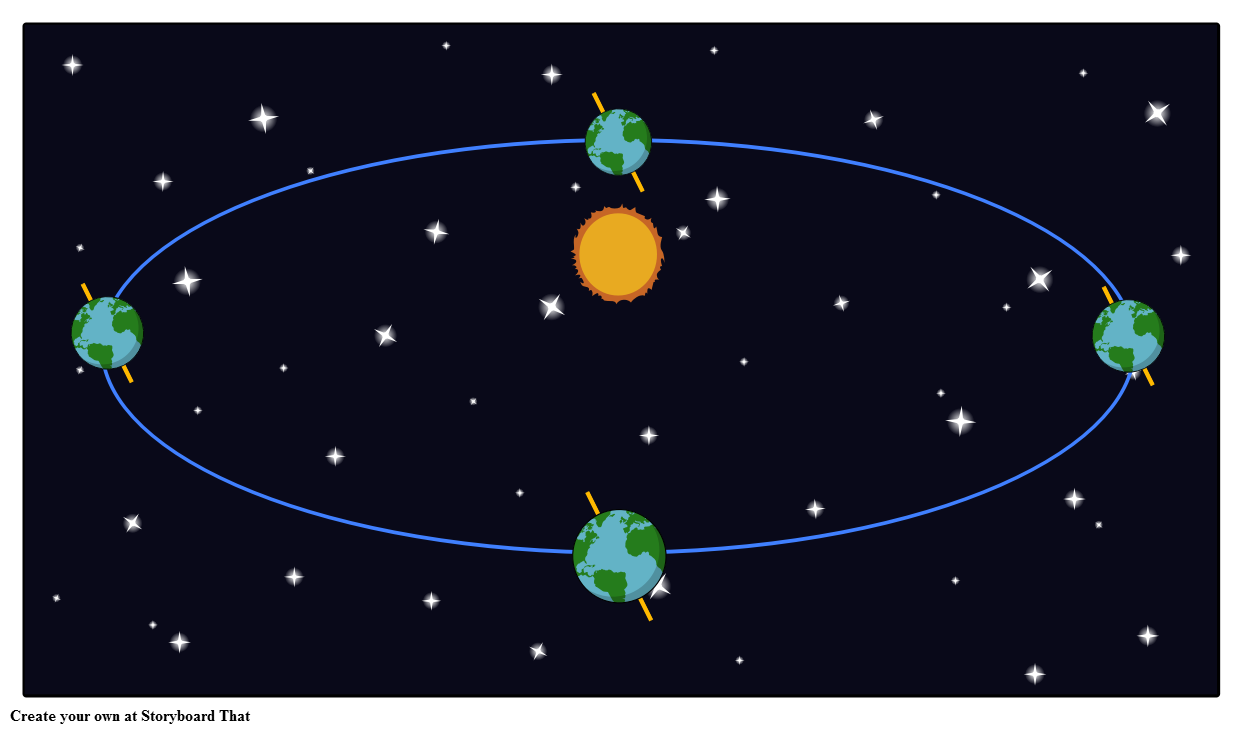 Our planet has one moon, which is the fifth largest natural satellite in the solar system; it orbits the Earth every 28 days. The Moon is tidally locked to the Earth, meaning that the same side of the Moon always faces the us. It orbits the Earth but it does not rotate the way the Earth does. The Moon's relative position to the Sun and Earth changes the way it looks at night. These changes, known as the phases of the moon, are illustrated by how much of the illuminated surface of the Moon we can see from Earth.

The exploration of the Moon began in 1959 when the space probe Luna 2 was launched by the Soviet Union. The probe crashed onto the surface of the Moon, carrying out some experiments on its journey there. The first probe to land on the Moon (as opposed to crash landing) was the Luna 9 Lander, and because of this, it was able to transmit pictures back to Earth upon landing. However, the most famous Lunar mission was Apollo 11, when the Lunar Module landed on the Moon in 1969 and Neil Armstrong became the first human to land on the surface of another astronomical body. Armstrong was accompanied by Buzz Aldrin to the surface, while Michael Collins piloted the command module the orbited the Moon. They brought back over 21 kg of samples from the lunar surface. In total, 12 Astronauts have walked on the surface on the Moon, with the last mission returning in December 1972.

The Next Generation Science Standards push the importance of getting students to develop and use models to understand phenomena. Scientists will make models of a system to aid their understanding of a system or part of a system. Models are used in Science to make predictions and communicate ideas or data to other people. There are a range of activities here that focus on that particular skill. Students will easily be about to create their own models of the Earth and the Moon to explain the Moon’s phases and the Earth’s seasons. This gives you a great opportunity to discuss the limitations of using models, giving students the opportunity to evaluate and refine them.

It is important to note and to remind students that none of the diagrams of the Earth, Moon, or Sun are made to scale. This is done intentionally to aid with conceptual understanding.

Essential Questions for Earth and Moon