The Five People You Meet in Heaven by Mitch Albom

What happens when we die? This is an age-old question that Mitch Albom gives a creative, compelling, and emotional answer to in his novel The Five People You Meet in Heaven. When Eddie, an elderly maintenance man at Ruby Pier amusement park, is killed in a freak ride accident, he goes on to the next world to find out the meaning of his life. Eddie faced some very confusing and unhappy times throughout his 83 years, and often wondered, Why me? This is a thought echoed by many of us as we face trials in our own life journeys. Eddie gets to find out why with the help of five very special people who await his arrival in Heaven. He learns important lessons, including that everything is connected and that love never dies. This book is a great way to stir the imaginations of students, and to cover a topic that many kids encounter too soon: death and the afterlife.

Student Activities for Five People You Meet in Heaven Include: 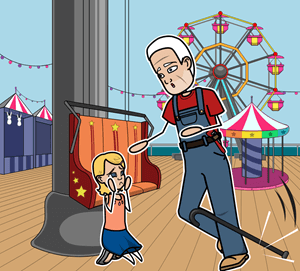 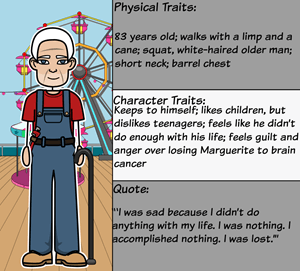 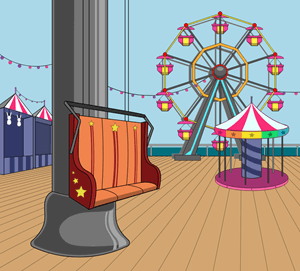 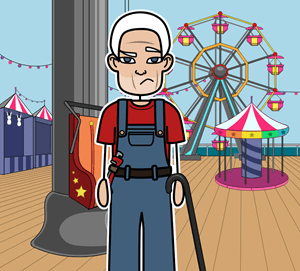 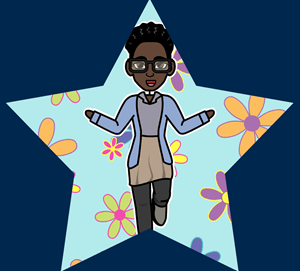 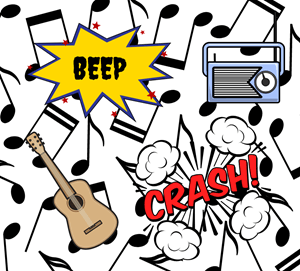 Essential Questions for The Five People You Meet in Heaven

The novel takes place on Eddie’s 83rd birthday. Eddie is a maintenance man at Ruby Pier, and he doesn’t know that he is moments from his death. He walks with a painful limp – an old injury from his time as a soldier in World War II. A little girl comes up to him to ask him to make an animal out of pipe cleaners he keeps in his pocket. He can’t remember her name – Amy, or Annie? She runs off, and he listens to the sounds of the park again, which turn into horror as Freddy’s Free Fall malfunctions. Months earlier, a teenage boy named Nicky had lost his car key on the ride, and it had fallen into the mechanism, jamming a pulley. Now four people hang precariously from the cart at the top of the ride. As the people are pulled to safety, Eddie realizes that they will release the cart and the cable will snap. He sees the little girl at the base of the ride, knocked forward by the surge of the crowd. He runs toward her, and then… nothing.

He wakes up in a teacup ride in the Ruby Pier of his childhood. He begins to run – the pain in his leg is gone. He runs until he hears a voice inside the freak show tent. He walks inside and finds a man with no shirt on, whose skin was a sickly blue. Eddie learns that he has arrived in Heaven, and that he was killed in an accident. He also learns that he will be guided by five people, who will each help him understand his life on earth. The Blue Man’s skin color was caused by silver nitrate poisoning, which he was prescribed for his nerves. It also weakened his heart. When Eddie ran into the street after a new baseball he had gotten for his seventh birthday, he gave the Blue Man, who swerved to avoid hitting Eddie, a heart attack, killing him. Eddie soon finds that the Blue Man is there to teach him something: There are no random acts, and everyone is connected.

Eddie then finds himself as a soldier in the Philippines again, and his Captain is his second person. He discovers that shortly after they escaped from Japanese soldiers, his Captain had been killed when he stepped on a landmine to let their truck out of the village. The Captain was also the one who had given Eddie his limp by shooting him in the leg. They had decided to burn down the village in their escape, and Eddie thought he had seen the shadow of a child in one of the huts. He tried to go into the burning building, and the Captain thought he was losing his mind. He figured he could recover from a leg wound, so he shot him to get him out of there. The Captain is there to teach Eddie the next lesson he needs to learn on his journey: sacrifice is a part of life, and it is something to aspire to, not regret.

Eddie then finds himself at a diner in the middle of snowy mountains. He sees his father in the diner, but as much as he yells and bangs on the window, his father doesn’t react. Eddie and his father never really got along, and they never spoke again after an incident in Eddie’s twenties. Eddie still holds a lot of anger towards him. He discovers that he’s in Ruby’s – as in, Ruby Pier – heaven. She used to work at the diner and it’s where she met her husband Emile. Ruby is there to tell Eddie the truth about his father’s death. He had always believed that his father had gotten drunk and fallen into the ocean, causing pneumonia. It turns out his friend Mickey had tried to sexually assault his mother, and his father chased Mickey down to the ocean. Mickey fell into the water, and his father had saved him. Ruby’s lesson for Eddie is to let go of his anger and hatred for his father. The harm that anger does is to the person who is angry. He needs to forgive his father to move forward, which Eddie does.

Eddie finds himself in a room of doors. Every door leads to different wedding receptions from all cultures. Finally, he comes face-to-face with his wife, Marguerite. Eddie has a lot of lingering guilt over his life with Marguerite. Marguerite was eventually diagnosed with a fatal brain tumor and died at the age of 47. Marguerite tells Eddie that even though she was “gone" physically, she was never truly gone from him. Her lesson to Eddie is that while life has to end, love does not; love never dies. Eddie dances with Marguerite in the small room, where they had their own wedding reception. She changes back into the woman she was at 47 at Eddie’s request, and then, as they dance, she vanishes. Eddie is left in a sea of white, wishing for just one more moment with Marguerite.

Eddie suddenly finds himself at a river bank. A young Filipino girl, standing apart from other children playing in the river, waves Eddie over. Her name is Tala, and she speaks broken English. She tells Eddie that he burned her, that he “made fire.” Eddie is taken aback. Tala tells him that her mother had told her to hide in the hut from the soldiers, that she’d be safe there. This is the same hut that Eddie and his unit had burned down in their escape from the Japanese soldiers. Eddie realizes that he had not gone crazy – he really had seen a girl in the hut. He realizes that he is responsible for Tala’s grisly death and that he wasn’t able to save her, and he breaks down into uncontrollable sobbing.

Tala taps Eddie on the shoulder, holds out a rock, and tells Eddie to wash her with the rock. Her skin is suddenly badly burned, and her face is disfigured. Eddie gently scrubs the rock over her skin in a ritualistic cleansing, and the bad skin sloughs away to reveal healed skin. He does this until Tala is no longer disfigured by burns. Eddie tells Tala that he never felt like he did anything with his life. Tala, though, is there to tell him the meaning of his life, and the fact that he was supposed to be at Ruby Pier. With all of his maintenance, he kept children riding the rides safe. His purpose in life was to keep children safe. She then tells him that he did not pull Amy or Annie to safety. He pushed her to safety. Eddie is confused because he knows he had felt a child’s hands in his. Tala tells him that those hands were not Amy or Annie’s hands; they were Tala’s hands, pulling him to Heaven.

Suddenly, Eddie is pulled away from Tala by rising water. He finds himself at Ruby Pier’s ferris wheel, where a woman in a yellow dress is waiting for him in one of the carts: Marguerite. Meanwhile, while lines form at Ruby Pier on Earth once again, another line made up of five people forms for a little girl named Amy or Annie to finally answer her questions about why she lived, and what she lived for. Eddie waits there, too, to tell Amy or Annie that, “the world is full of stories, but the stories are all one."