Flowers for Algernon by Daniel Keyes

Flowers for Algernon by Daniel Keyes is a touching story about a man named Charlie who is chosen for an experiment that offers him the opportunity to become “smart”, his deepest wish in life. The novel brings up several important themes and questions, including the ethics of human experimentation, the mistreatment of the mentally disabled in society, and the relationship between intellect and human interactions. Charlie discovers that the grass may not be greener on the other side, as he finds himself increasingly alienated from those he loves when his intelligence becomes markedly higher. By the end of the novel, Charlie regresses back into his former intelligence, but this time with a sense of self-worth that he has derived from his experiences.

Student Activities for Flowers for Algernon Include: 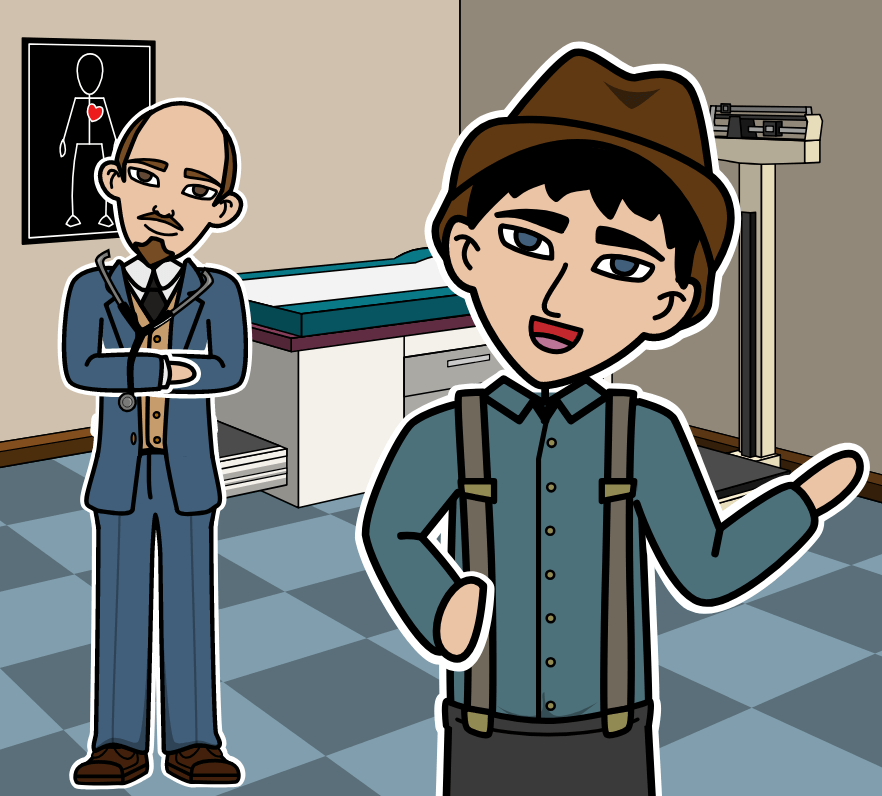 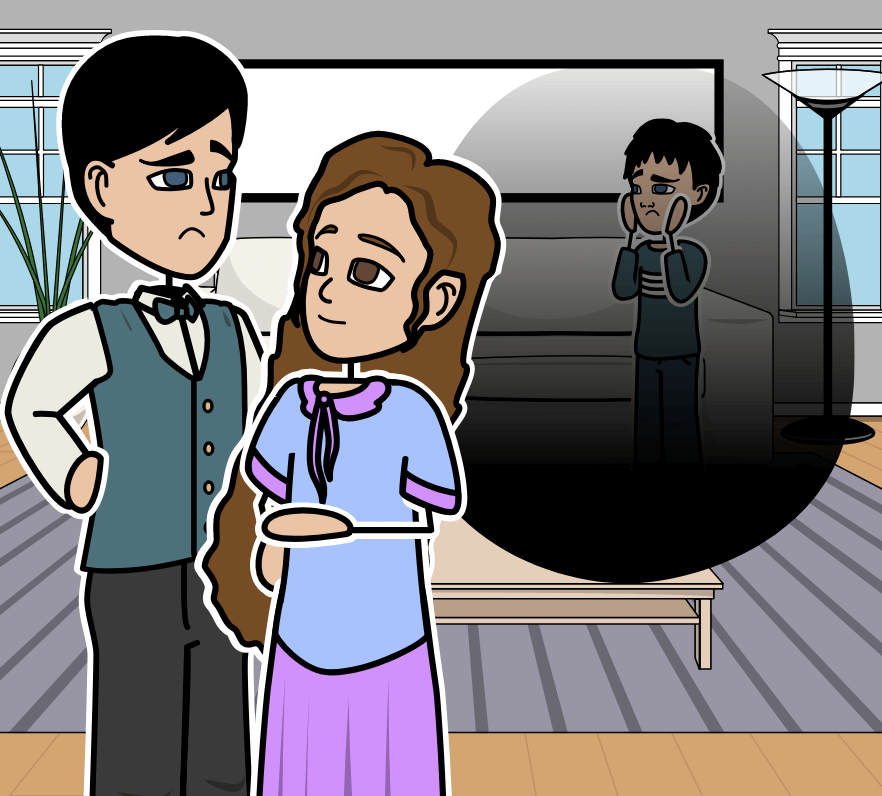 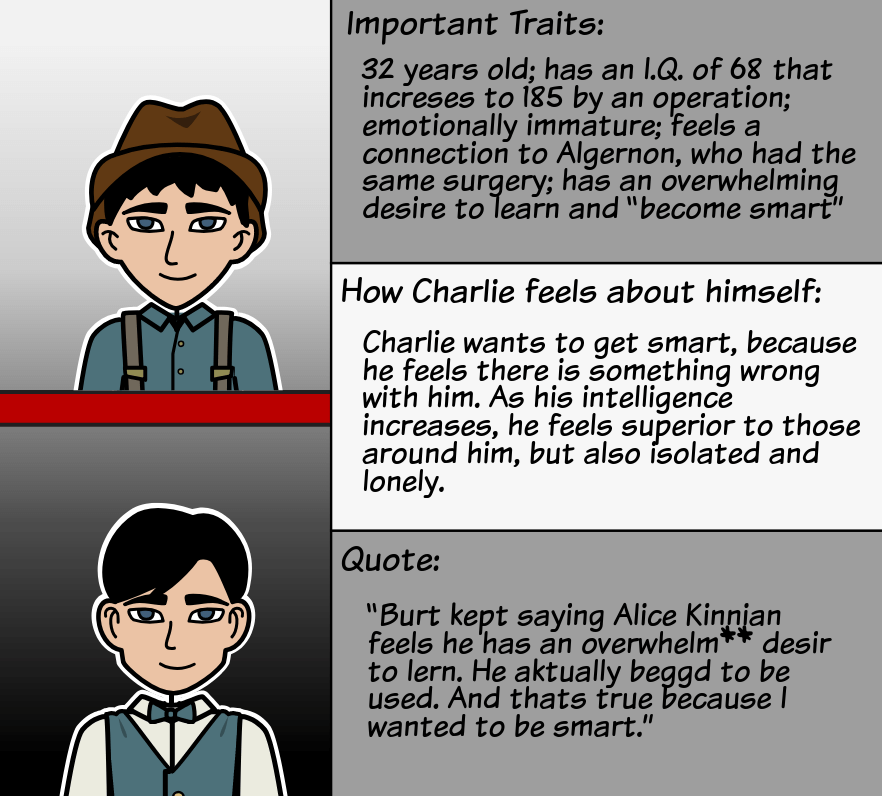 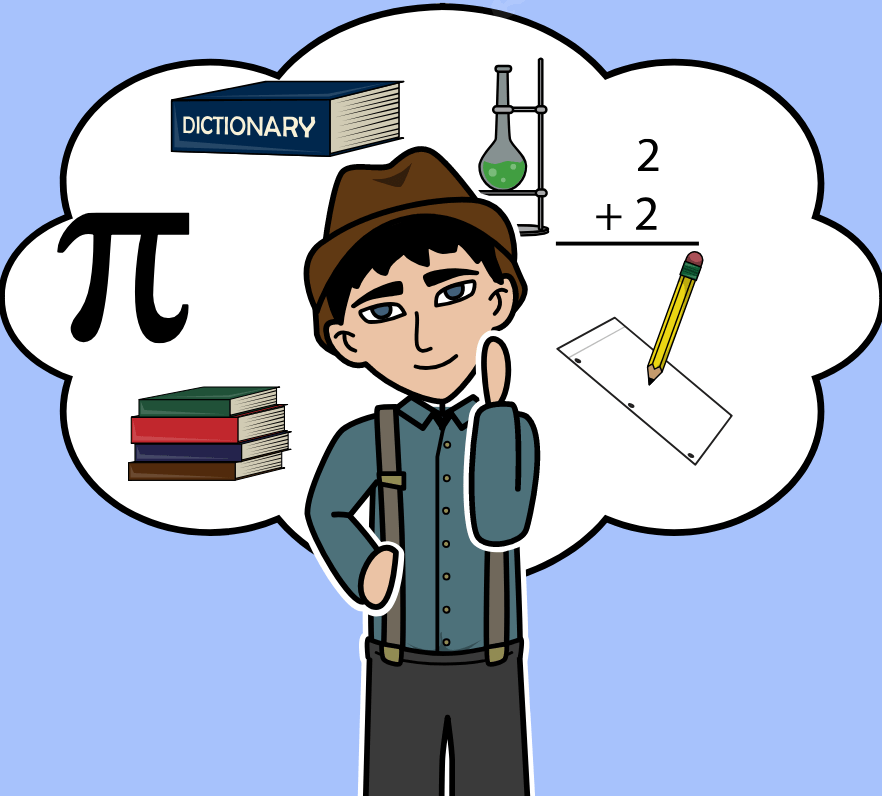 The novel is written as a series of journal entries, known to Charlie as “progress reports”, a requirement from his doctors for the experiment. He is 32 years old, with an I.Q. of 68, and he is blissfully unaware of the cruelty with which he is treated by his “friends” at the bakery where he works. He is chosen for an experiment at Beekman College by Miss Kinnian, his teacher at the Beekman College Center for Retarded Adults, because he has motivation to learn. Professor Nemur and Dr. Strauss are in charge of this experiment.

After the experiment, Charlie’s intelligence increases, along with his awareness of how others perceive him. He realizes that his “friends” at the bakery, Joe, Frank, and Gimpy, have been laughing at him, not with him, and he loses his job at the bakery because the change in his intelligence scares his coworkers. He also crosses Gimpy when he confronts him for overcharging customers and pocketing the extra change, which seems to cement his firing.

Meanwhile, Charlie has developed a sense of kinship with the lab mouse Algernon, who underwent the same procedure that Charlie did. When he meets Algernon, he learns that Algernon needs to run a maze in order to eat, and Charlie thinks that is unfair. He races Algernon and eventually wins against him, surpassing Algernon in intelligence. Charlie comes to see himself reflected in Algernon, as they are both caught in the cage of this experiment and not treated as individuals. He frees Algernon at a scientific convention in Chicago where they are being showcased and put on display, and they take off to an apartment Charlie rents in New York City.

As the days pass, Charlie notices that Algernon begins to regress, and he eventually dies. Charlie realizes that this will soon happen to him, too, and he has a limited amount of time. He meets his next-door neighbor, Fay, an eccentric artist who is a welcome diversion to Charlie. However, as soon as he realizes he is running out of time, he devotes his life to working in the lab and concluding Nemur and Strauss’ experiment, calling it the “Algernon-Gordon Effect: A Study of Structure and Function of Increased Intelligence.” His conclusion of the study is that, “Artificially-induced intelligence deteriorates at a rate of time directly proportional to the quantity of the increase.” As soon as Fay realizes that Charlie isn’t looking to just hang out and have fun anymore, she quickly moves on.

Charlie’s relationship with his teacher Miss Kinnian becomes romantic, but he is unable to connect with her emotionally because his emotional intelligence cannot keep up with his intellect. As a child he was emotionally scarred by his mother, who shamed him for normal sexual development. Alice confronts him with how his intelligence has changed him - and not for the better. They eventually overcome these obstacles, just before Charlie regresses back into his original I.Q. range.

Before Charlie totally regresses, he goes to see his mother, Rose, who is now senile and being taken care of full-time by his sister Norma. When Charlie and Norma hug and reconcile over the crazy events in their childhoods under the watch of their mentally unstable mother, Rose picks up a knife and screams at Charlie never to touch his sister again, accusing him of impure thoughts. This bizarre behavior is also what drove Charlie’s father, Matt, away. Charlie visits Matt, but is not brave enough to tell him his identity. Walking away from these two experiences with a deeper understanding of what happened to him in his childhood allows Charlie to move on from the “other Charlie” who he feels has been watching him, never quite disappearing, even with Charlie’s newfound intelligence.

Buy Flowers for Algernon by Daniel Keyes on Amazon

Charlie decides, after visiting the Warren Home before his regression, that that will be where he goes to live. He doesn’t want people like Miss Kinnian or the people at the bakery feeling sorry for him, even though Frank, Joe and Gimpy now defend him rather than tease him.

Charlie writes that even though he’s not as smart as he used to be, he’s going to keep trying so that he can sit down and read all the time. His final wish is for someone to visit Algernon’s grave and leave him flowers, symbolizing the memory of Charlie’s experience, and Algernon’s, as a success, even though the experiment failed.


Essential Questions for Flowers for Algernon by Daniel Keyes