Have you ever wondered where sayings like "He has the Midas touch", "You have to find their Achilles heel", or "Don't be fooled by a Trojan horse!" came from? Well, these sayings and many more come from ancient Greek myths. Ancient Greek is the root of many English words and phrases, and their culture has famous portrayals of themes and stories that are still relevant today. No matter how much time has passed, the lessons of these literary works remain important in today's world, and are iterated on and alluded to almost everywhere.

Student Activities for Greek Mythology Include: 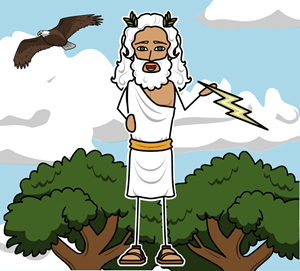 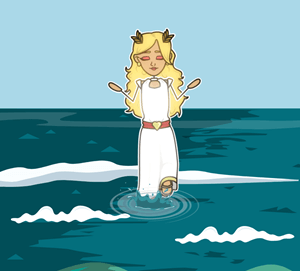 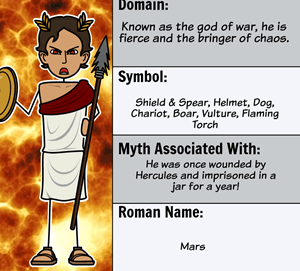 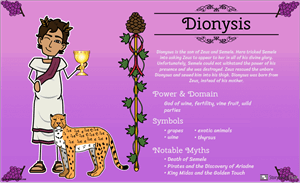 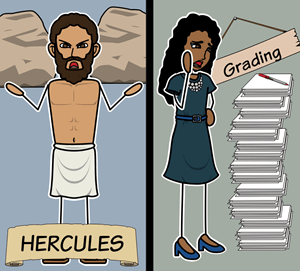 Create Your Own Greek God 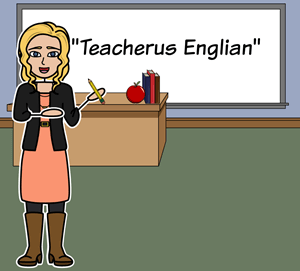 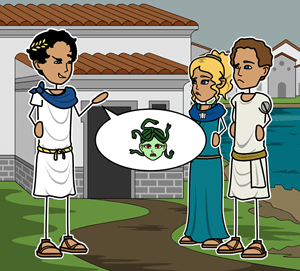 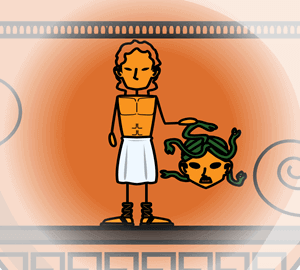 Mythology is, first and foremost, a collection of stories that describe the lives and exploits of the gods and preternatural forces before the time of recorded history. As a genre, mythology typically explains unknown origins, the reason for natural occurrences, or human nature. The stories reflect the values and issues of communities and to some extant, of society as a whole. Greek mythology is not the only type in the genre; many cultures from around the world have exquisite mythologies.

Greek Mythology consists of the ancient Greeks' polytheistic beliefs. It begins with a creation myth, explaining how the earth was formed. Other myths deal with the origins and life of Greek heroes, and explanations of the natural world. Many are familiar with the particular Greek gods as they pertain to domains such as love, war, and trade, but may not know the origins of these gods. Together, these gods make up the Greek Pantheon.


Why Do We Study Greek Myths?

Greek myths have endured for thousands of years. Many of the Greek gods, heroes, and monsters represent ideals or certain traits. Mythical characters were the subjects of various art: sculpture adorning architecture, wall paintings, mosaics, free-standing sculpture, pottery, and so much more. The stories persisted partly because there were physical reminders of the stories in stone everywhere. Beyond the various physical remnants, Greek myths are old tales rich in plot, character, theme, and symbolism.

Romans appropriated many Greek myths as their own, but made significant alterations to them. The Roman Empire was a dominant force for hundreds of years and brought Roman culture to conquered lands throughout Europe and parts of Asia and Africa. The Renaissance and the Neoclassical eras in history saw a resurgence of Greco-Roman influences in art, literature, and science. As Western Civilization expanded across the world, the Greek stories remained! (For an interesting take on this idea, be sure to check out The Lightning Thief and the rest of the Percy Jackson Series by Rick Riordan.)

Greek mythology has a great deal of variation, because the stories were traditionally told and retold orally. Even ancient sources differ on the order of events and characters! When stories are passed down through the generations and translated into other languages, some of the details do not always stay the same. "Pandora's Box" is an excellent example of how details can morph from one thing to another. Pandora actually had a jar and not a box, but the popular use of Pandora's Box has remained.

Greek myths have pervaded our culture and literature. Many English words come from Greek roots, but there are also words that evolved directly from Greek mythology, such as narcissist, herculean, echo, and nemesis. Authors and artists have referred to Greek mythology for hundreds of years, either as direct subject matter or to represent something symbolically. In order to understand these various allusions, students need exposure to Greek mythology.

The influence of the ancient Greek myths remains after many centuries in art, architecture, language, literature, and modern television and film. The stories in Greek mythology have universal themes and archetypes that are applicable across cultures, but are also memorable narratives by themselves. The Olympians often take a center role in these Greek myths because they are the twelve major gods of the Greek pantheon.


The Olympians are also important influences to various heroes on their quests. Some influences may be positive, like Athena guiding Hercules or Odysseus, but some can also be major obstacles for heroes. Poseidon inhibits Odysseus from making it home to Ithaca, Hera tries to foil Hercules' Labors whenever she can, and Zeus sends the Argo way off course on its way home. Learning more about the personalities, areas of influence, and symbols of the Greek gods and goddesses is beneficial for understanding various allusions in literature, music, art, architecture, astronomy, marketing, and more.

Essential Questions for a Mythology Unit


For more information about Greek Mythology and its influences, be sure to check out the following Teacher Resources.