Theseus is one of the great heroes of Greek mythology. His exploits demonstrate his intelligence, sense of justice, and great physical skill. He is thought to be the one who united Attica (region of Greece where Athens is), showing him to be a great king and politician. Civilization conquering barbarism and unnaturalness was an important theme for the city of Athens, so of course her greatest hero would bring justice, and order to the world. Theseus is truly the perfect hero for Athens, the center of ancient Greek culture and academics. 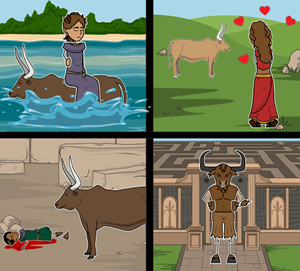 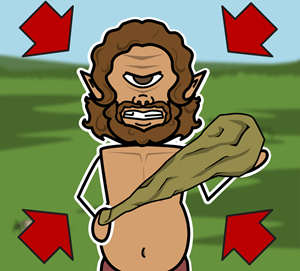 The story goes that, sometime in the mythic past, Athena and Poseidon had a contest over who would be the patron god for the city. Poseidon struck his trident into the ground and created a saltwater spring. Athena gave the people of Athens something a little more useful: the olive tree. The people decided the olive tree - with the accompanying gifts of wood, olives, and olive oil - was the superior blessing. Athena won the contest and so the city was dedicated to her and named Athens.

Athena is the goddess of wisdom, architecture, and battle strategy, making her the perfect patron goddess for the city that later became the capital of Greece and location of great thinkers. Some of the important values of the people are echoed in the stories that persist through the ages. Athens has a history that makes very interesting connections. Many of the themes or the actions of heroic myths are reflective of what a society deem important. Theseus was the greatest hero of Athens and thus his stories are a good way to look at myths as a window into societal values or myths as social stories.

Persia was an enemy of the Greek peoples in the very beginning of the Classical Period. Persia, a country across the sea to the east and beyond the reaches of civilization, and its people were strange and unnatural to the Greeks. So, too, was Crete, the kingdom of Minos. In 480 BCE, history tells us that the Persians invaded and sacked the city of Athens. Under the lead of Athens, city-states formed the Delian League to repulse the Persian forces. In the myth of the Minotaur, Theseus, heir to the throne in Athens, is the one to defeat the strange and unnatural Minotaur, and to free the city from Minos.


Essential Questions for The Myths of Theseus