Island of the Blue Dolphins by Scott O'Dell

Find more storyboarding activities like these in our Elementary School and Middle School ELA Categories!

Island of the Blue Dolphins is a fictional novel based on the true story of the Lone Woman of San Nicolas. Karana is stuck on an island, forced to survive harsh weather, wild dogs, and enduring solitude, wondering if she’ll ever be rescued and returned to her family. These storyboarding activities will help students understand important details and concepts through the use of an Island of the Blue Dolphins summary activity, vocabulary analysis, and more!

Student Activities for Island of the Blue Dolphins Include: 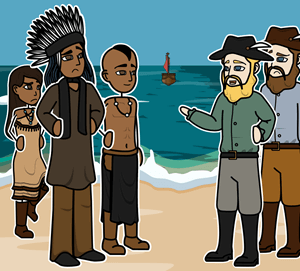 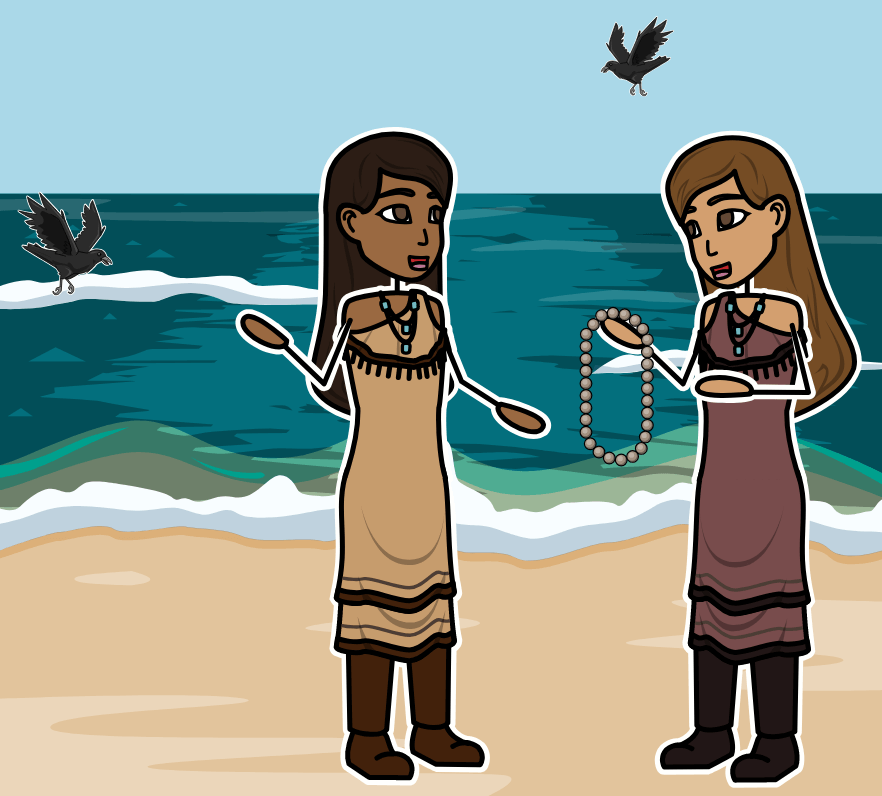 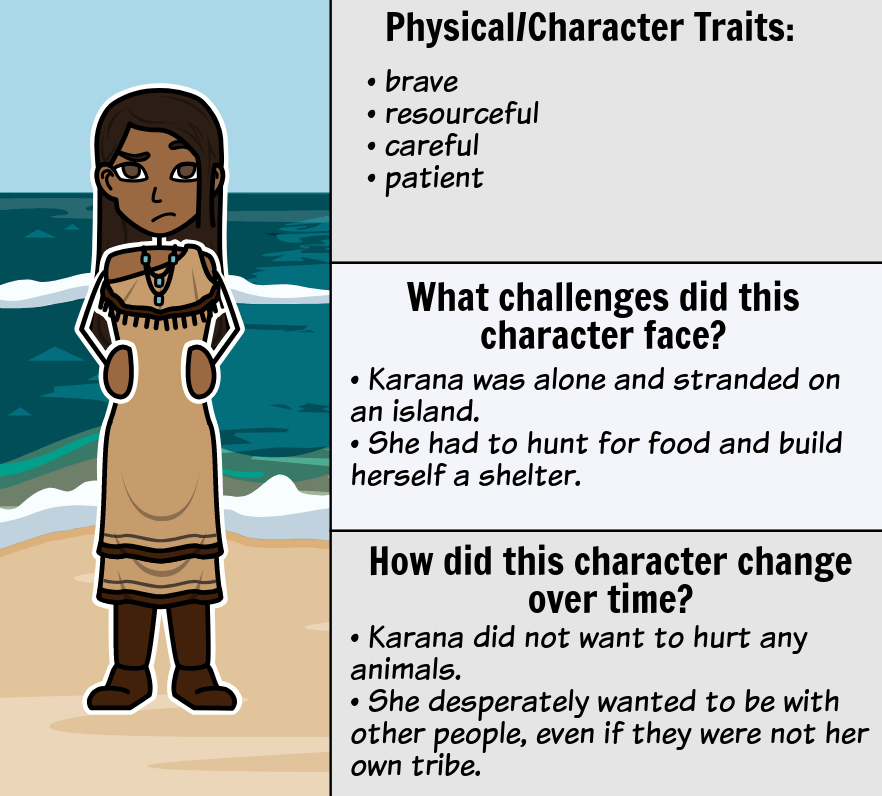 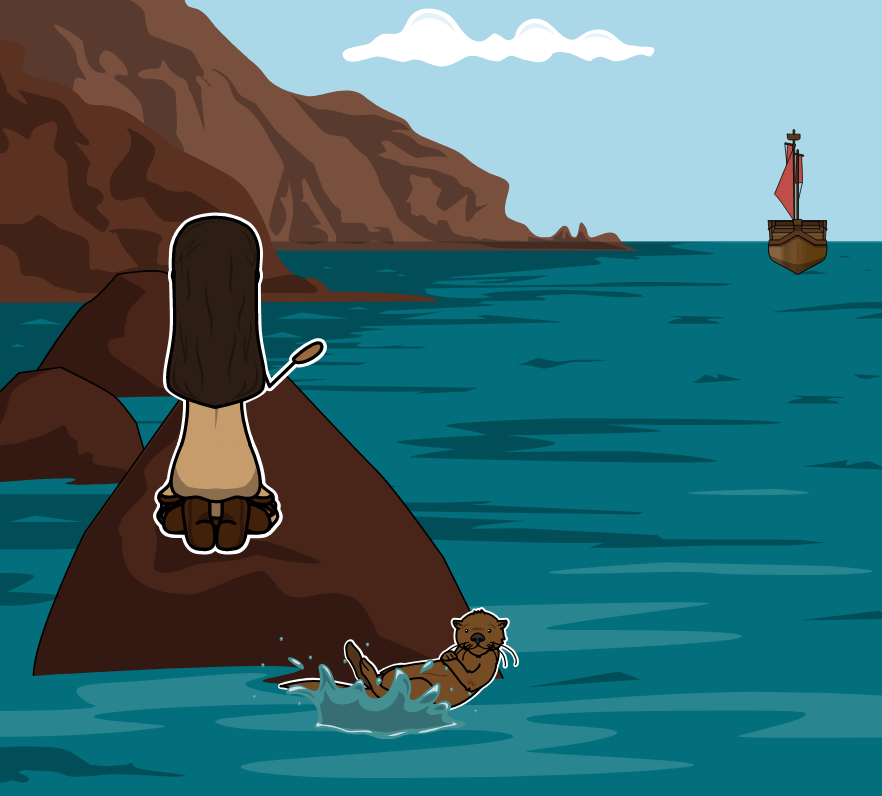 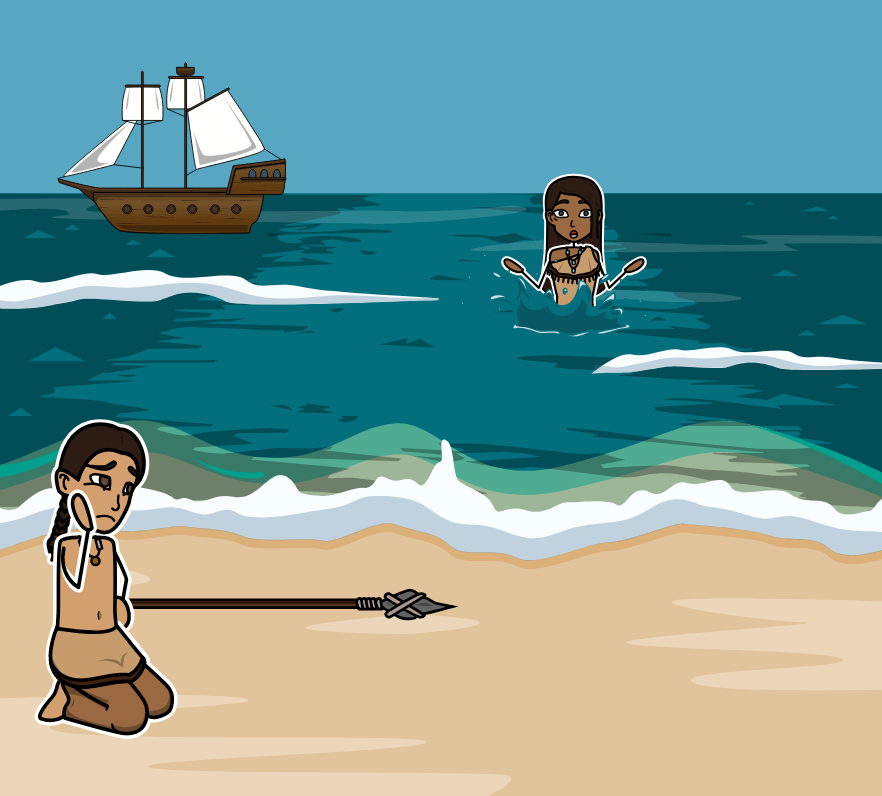 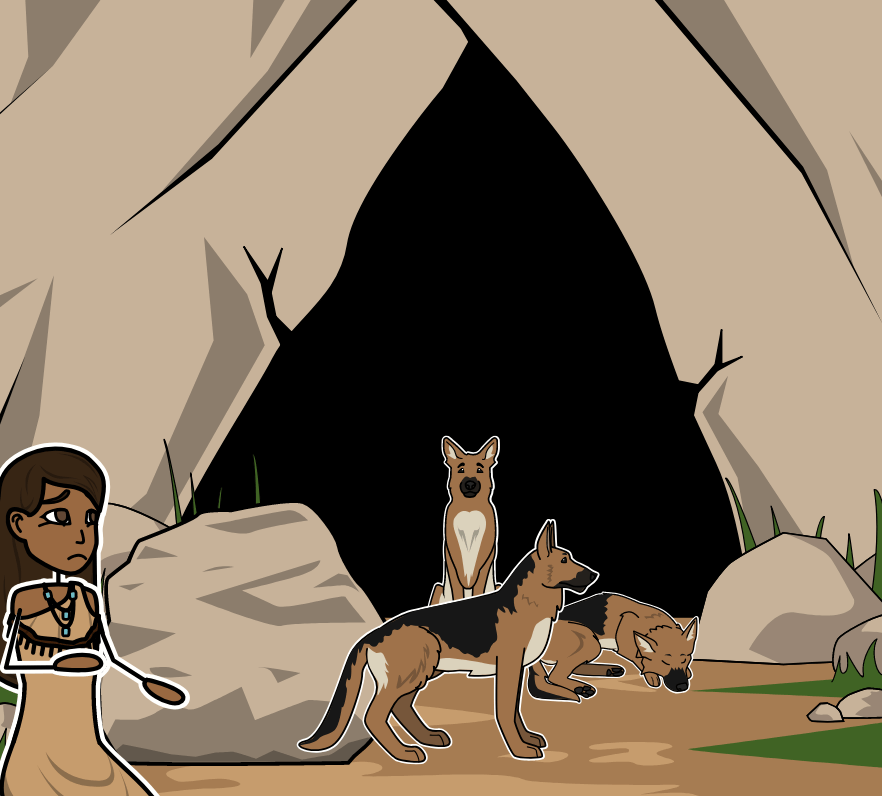 Island of the Blue Dolphins Summary

The story begins with Karana and her brother, Ramo, watching as a red Aleut ship sails to their island. Captain Orlov approaches their father, Chief Chowig, and says they will be hunting sea otter. Chief Chowig demands half of the sea otter since his people own the land and the surrounding waters.

Captain Orlov and forty men move onto the island and set up camp. Karana’s father tells his people to stay away from the camp. The villagers obey, but watch the Aleuts carefully; they suspect the men will leave soon, and the villagers want to make sure they get their share.

The Aleuts pack their ship without paying the village Karana and her older sister, Ulape, hide on the ledge of the canyon and watch as their father confronts Captain Orlov about their deal. A battle ensues between the hunters and the villagers. The Aleuts board their ship, leaving many of the village men dead, including Karana’s father. Life becomes very difficult; women begin taking over the work that was meant for men, and the memories of those that had passed cause people to become depressed.

The new chief, Kimki, goes by canoe to a nearby island, to seek help. When Kimki doesn’t return, the villagers plan to flee if another Aleut ship is sighted. Ships from the mainland arrive in the night though, and the people board them, fearful, but happy to be leaving the island. The villagers must hurry, a storm is coming and the ships cannot delay.

Karana, Ulape, and Ramo return to their hut and pack a few of their precious belongings; halfway to the ship Ramo realizes he forgot his spear. On board, Karana, looks for her brother; villagers in charge insist that Ramo is somewhere on the ship, but Karana knows her brother returned for his spear. Karana swims back to the shore, where she finds him. The two are left alone on the island.

Karana and Ramo find their huts ravaged by wild dogs, but manage to gather enough food. Ramo is eager to retrieve a canoe for fishing. Karana lets him go, but worries. When she cannot wait any longer, she searches for him. Karana discovers the pack of wild dogs, and her brother lying motionless among them. She scares the dogs away and picks up her brother, realizing he is already dead. Karana carries his body back to camp and vows to kill all the wild dogs.

Karana cannot stand to live in the village any longer; she burns it down and sleeps on the top of a large rock for safety. She decides to make a weapon, even though it is forbidden to women in her tribe. Karana builds a bow, arrows, and a spear. She feels secure with these new weapons and waits for an opportunity to kill the wild dogs.

Many seasons pass, and Karana is so lonely that she decides to retrieve a canoe and sail to the island like Kimki. She gets the canoe, but has difficulty steering and keeping leaks sealed. More afraid than ever, she decides that she belongs on the island. She builds a fence out of sea elephant bones and kelp, which will keep the wild dogs out, and creates shelves in the rocks to keep her food safe from mice and red foxes.

Determined to kill the wild dogs, Karana goes to their cave with her bow, arrows, and spear. She wounds the lead dog with a spear and shoots two more, before following the wounded dog into the cave. He is barely breathing. She carries him back to her house, and begins nursing him back to health. After several days, the dog begins acting like her pet; he waits for her to come home, listens to her, and stays with her inside the house. She names the dog Rontu.

Karana rebuilds her canoe and hides it in a cave, in case she ever needs to escape. Two summers later, the Aleuts come again. Karana hides in the cave with Rontu, fishing and gathering roots by night.

While Karana sewing a new skirt outside, Karana meets a young Aleut girl named Tutok. The girl tries to speak to Karana, but Karana knows this is an enemy and says nothing. After a tentative first encounter, Karana and Tutok spend the days together, learning each others language, laughing, and exchanging gifts. One day, Tutok does not return, and Karana finds the Aleut ship departing.

The Aleuts never return to the island again. Rontu dies; Karana catches and tames another dog, Rontu-Aru, who she believes is Rontu’s son. Karana and Rontu-Aru have many happy times together, but Karana finds herself thinking more and more of Tutok and Ulape.

An earthquake hits the island, and Karana is nearly tossed from the cliff into the sea. She survives, but loses all her food, weapons, and canoes. Busy building a fire, Karana doesn’t notice a ship headed toward the island. A man walks along the shore calling for her, but Karana does not make it in time, and the ship sails away. Two springs later, the ship returns, and Karana is ready. Karana learns that the ship that had taken her people sank, and no one had returned for her. Karana sails away with Rontu-Aru, watching the dolphins and remembering all she has been through.


Essential Questions for Island of the Blue Dolphins

Buy Island of the Blue Dolphins by Scott O'Dell on Amazon