King Arthur and the Knights of the Round Table

Camelot, the kingdom which Arthur built, has been the backdrop to many great stories and is now synonymous with idealistic and lost times of virtue and benevolence. Whether the tales told have any footing in reality or not, the stories of King Arthur deal with truths of human nature.

Student Activities for King Arthur Include: 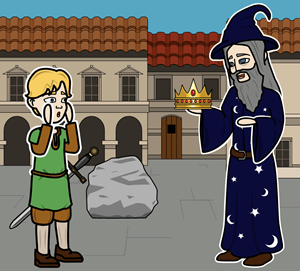 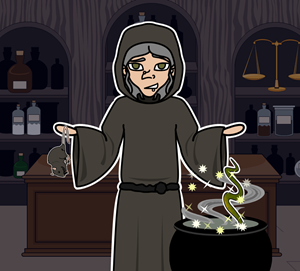 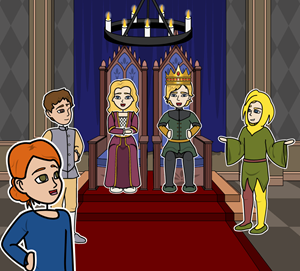 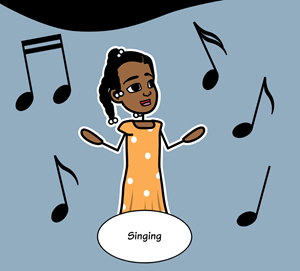 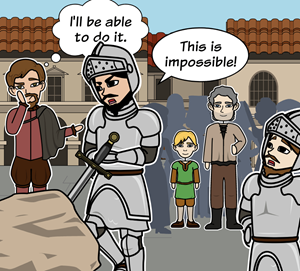 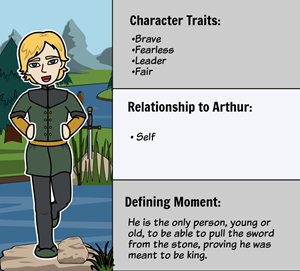 
A Synopsis of King Arthur

This version of King Arthur’s legend begins with the illness and death of Uther Pendragon, birth-father of Arthur. There is much unrest in Uther’s kingdom. Merlin, a great and very powerful sorcerer, takes Arthur from the king and promises that he will keep the boy safe from harm. He gives Arthur to a trusted lord of Camelot, Sir Ector, to protect Arthur, and the realm, safe from Morgana le Fay, Arthur’s half-sister, an evil and powerful sorceress. Sir Ector acts as Arthur’s foster father until Arthur turns sixteen.

Since Pendragon’s death, there has been no king, only fighting over who is the rightful heir to the throne. One day, a great and beautiful sword magically appears, set firmly in a stone. On the hilt of the sword is engraved the message: “Whoso pulleth this sword from this stone, is born the true and rightful king of England”. Knights from across the land come to see if they can pull the sword and claim the throne.

A great tournament is to take place. Among the knights competing are Sir Ector and his son, Sir Kay. Arthur, who is not known as a high-born, is jealous of Kay’s standing. Ector soothes him by saying he would make a fine knight, if he’d have been born of high-blood. In Flynn’s version of the legend, Kay is preparing for the tournament and realizes he has misplaced his sword. He tells Arthur to find one for him. Arthur recalls seeing the sword in the stone and runs to retrieve it for his adoptive brother. When Ector realizes what sword Arthur is carrying, he reveals to Arthur that his real father was Uther Pendragon and that Arthur is, in fact, the rightful heir to the throne.

Arthur is crowned, and, shortly after, Merlin introduces himself to the young king. He informs Arthur that he has a deadly and mortal enemy in Morgana le Fay, his half-sister. Soon, Arthur must defend his throne and prove that he is worthy of leading Camelot and England. He battles all of the would-be kings and triumphs only by aid of Merlin’s magic. Morgana’s evil magic works against Arthur in the battles, but Merlin is more powerful.

Before long, Arthur meets and immediately falls in love with a princess, Guinevere. Merlin warns that this beauty will be his ultimate downfall, and that of Camelot, should he marry her. Arthur is unswayed from loving her and eventually, they are married. She is hailed as the fairest lady of the land. Before the marriage, Merlin takes the young Arthur to meet the Lady of the Lake who possesses Excalibur, a magical sword, forged in the land of Avalon. Merlin tells Arthur that its purpose is to do Arthur’s bidding, and that all he need do is to ask for it. After Arthur takes Excalibur, Merlin gives him a magical scabbard in which to sheath the blade. It has the power to keep harm from Arthur for as long as he wears it.

As a marriage present, Guinevere's father gave an ornate, round table. At it, all of the mighty knights who serve the king can come together. It is so large that there are places enough for a hundred and fifty men to sit. Uther Pendragon had commissioned Merlin to create the great table and it came to Guinevere’s father in the absence of a successor.

The Round Table would become a cornerstone of Arthur’s reign. As knights became worthy enough to sit at the table, their names magically appeared on the backs of a chair. There was one seat though, at which none could sit. The word “Perilous” was written on the chair, and Merlin warned that only the most worthy of knights could sit there without risking death.

Merlin informed Arthur that he had to go “rest” and that he would not be back in Arthur’s lifetime. He warned Arthur to be careful with those he loved most, for they were the ones who would hurt him most. Soon after, a baby boy was left at the castle. Arthur and Guinevere decided to foster the child and call him Mordred. Though they did not know it, Mordred was the son of Arthur, his child from a night when he had fallen under an enchantment of Morgana and her evil, sorceress sisters.

Lancelot arrived in Camelot and earned his place at the round table by removing an enchanted shard of metal from another knight’s leg. No other knight had been able to pull the shard from the wound. He swore to defend Guinevere at all costs, and she allowed him to be her champion, giving him a scarf as a token of her appreciation and affection.

A number of tales relate the adventures of Arthur’s knights, all of which explain how they are good men, but not the most worthy. Sir Gawain, who is taken in by a lord and his lady while on a quest to locate a Green Giant. The lady tries to seduce Gawain while the lord is out hunting. Gawain tells the lord that he has kissed her twice but doesn’t tell the lord that she gave him a magical green scarf that would protect him from harm. It turns out that the lord is actually the Green Giant and the seduction was a test of worthiness. Because Gawain told the truth about the kisses, the giant spares Gawain’s life.

Another tale is of Lancelot being enchanted by a maiden, Elaine. She falls madly in love with him, but he is in love with Guinevere. With the aid of a love potion, Lancelot forgets Guinevere and marries Elaine. They have a child, Galahad. Before Lancelot can even learn of Elaine’s pregnancy, he is woken from the love spell by the sound of battling knights. He remembers the voices of his comrades, and is flooded by memories of Camelot and Guinevere. He returns to them without another thought for Elaine, or his life with her.

Upon his return, Lancelot and Guinevere begin an affair. Morgana, tells Mordred that Arthur is his father and that Mordred is heir to Camelot. As Morgana poisons his mind against his father, Mordred begins to conjure up ways to destroy Arthur and claim the throne for himself.

Yet another sword appears, this one stuck in a stone, in a lake. Its engraving says only the purest of knights can pull it free. Arthur is convinced it is not he, because he has Excalibur. Gawain is convinced that he couldn’t be the one because of his experience with the Green Giant. Lancelot knows he is not pure because of his affair with Guinevere. Many of the knights dismiss their worthiness for one reason or another.

A group of nuns arrive with a young man, dressed as a knight, but carrying no sword. He is bathed in a golden light. He walks over to the Perilous seat and the nuns begin to tell the knights that he is Galahad, son of Elaine and Lancelot. Lancelot warns the young man not to sit, but as he does, the name Galahad appears on the seat in letters of gold. It is the last empty seat at the round table. Arthur says that he can’t be a knight without a sword, but they all watch as Galahad removes the sword in the lake with ease. They return to the round table, where Arthur knights Galahad. As he does, a gleaming light fills the hall and they all see the image of the Holy Grail above the round table.

Many of the knights see this vision as a sign to go on a quest for the grail. Mordred informs Morgana that many of the knights had departed on this quest and she predicted it would cause the fall of Arthur’s Camelot. Galahad, being the truest of all the knights, finds the grail and is taken up to heaven with it.

Mordred is able to prove that Lancelot and Guinevere are having an affair, which breaks Arthur’s heart. Merlin was correct in his prediction. Guinevere is sentenced to burn at the stake, but saved by Lancelot. Mordred and Arthur wind up in a vicious battle, and though Arthur succeeds at killing Mordred and foiling Morgana’s plan, he is mortally wounded. So ends the fairy-tale existence of Camelot, Arthur, and his Knights of the Round Table.