Find more storyboarding activities like these in our Elementary School Category!

The famous narrative poem “Paul Revere’s Ride” by Henry Wadsworth Longfellow describes the midnight ride of Paul Revere to warn the American farmers and villagers that the British were coming to attack. This poem is the origin of the famous saying one if by land two if by sea. 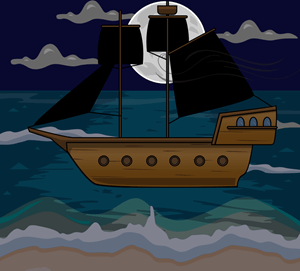 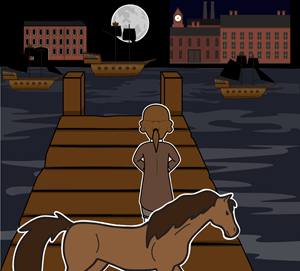 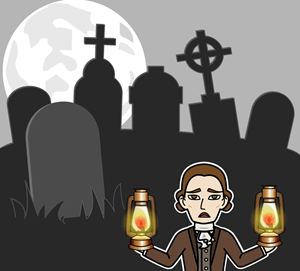 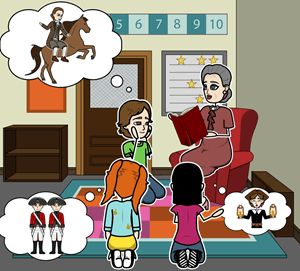 On April 18th, 1875, Paul Revere goes on his famous midnight ride. Revere said to his friend, “If the British march by land or by sea tonight, hang a lantern to signify how they are traveling: one if by land two if by sea.” Revere waited on the opposite shore ready to ride and spread the news to all the villages and farms: they would be ready to fight and not caught by surprise.

Paul Revere silently rows to the opposite shore and waits while the moon rises and the Somerset, a British ship, moves through the water.

Meanwhile, Revere’s friend eagerly watches and listens. He quietly climbs the tower of the Old North Church looking down below at the churchyard. All of a sudden, something catches his attention in the distance: a line of boats heading toward the shore.

Paul Revere is impatient to ride and stares at the Old North Church waiting for a signal; he sees a glimmer of light and jumps onto his horse. He waits a moment longer, staring at the same place until he sees a second lamp burning.

Paul Revere and his steed fly fearlessly through the night, knowing that the nation relies on them. At midnight, Revere passes the Mystic River and crosses the bridge into Medford town. At 1:00 A.M., he gallops into Lexington and by 2:00 A.M., he enters Concord town. Farmers are ready and fought the British off, chasing the Red Coats away, only stopping to reload their muskets.

So, through the night Paul Revere rode his steed, and in doing so alerted every village and farm to be ready. This message will forever be remembered.