Rome was founded April 21st, 753 BCE. The Romulus and Remus story is an important foundation myth for Rome. Romulus and Remus were two brothers, born of divine parentage. Their mother, Rhea Silvia, was a descendant of Aeneas, great hero of the Trojan War and son of Venus. Their father was supposedly Mars, god of war, but some accounts say they were sired by Hercules. Romulus gave his name to the city of Rome, and connects the great city with Mars, Aeneas, and Venus.

Student Activities for Romulus and Remus Include: 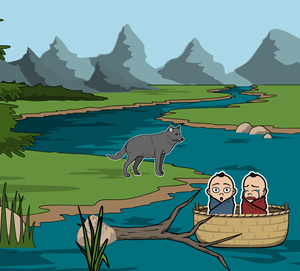 Power of a Story 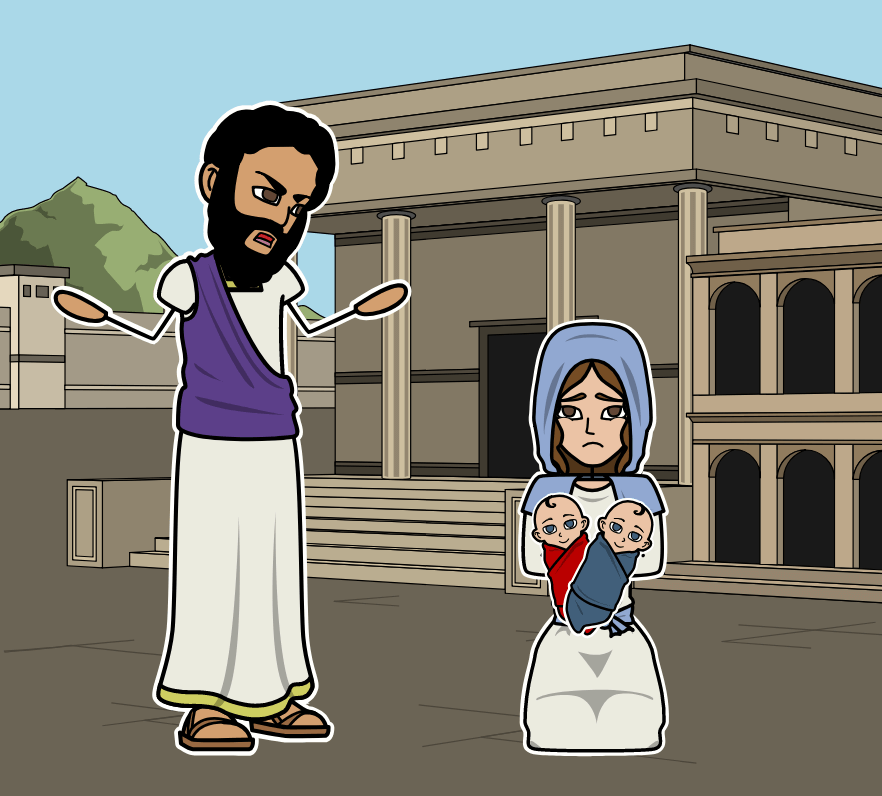 Romulus and Remus and the Foundation of Rome

King Numitor once ruled Alba Longa. His brother, Amulius, deposed him, killed his male heirs, and forced his daughter, Rhea Silvia, to become a Vestal Virgin. While in the service to the temple, Rhea Silvia became pregnant, supposedly by the god of war, Mars. She gave birth to twin boys.

Amulius, now king, feared the boys would one day grow up to challenge him for the throne. Fearing divine retribution for killing the sons of Mars, Amulius had the infants left to die of exposure to the elements. A servant put the boys in a basket on the Tiber River. The basket ran aground and the babies were found by a wolf.

The she-wolf suckled the two babies and protected them from danger. A woodpecker brought them food to eat. A group of shepherds came across the wolf and the babies. One shepherd, named Faustulus, took the babies home and raised them to be shepherds.

When the boys were older, they got into an argument with shepherds of the king and Remus was arrested. Romulus gathered people to free Remus. Their true identities were revealed and King Amulius was killed. The people wished to crown the boys as kings, but they decided to give the throne back to Numitor.

The brothers wanted to found their own city near the place where they were found by the she-wolf. They both had their own ideas of where the city should be built: Romulus wanted the Palantine Hill and Remus wanted the Aventine Hill. The brothers tried to decide via augury; Remus saw six vultures first, and then Romulus saw twelve. Both claimed their chosen spot was favored and they began to argue. Romulus began to build a wall around his chosen location.

Remus made fun of Romulus and the wall he was building. Remus jumped over the wall, mocking its ineffectualness. Angry that his brother would belittle his work to such an extent and aggravated by his mockeries, Romulus killed his brother. Romulus founded his city, Roma, and established a government.


Essential Questions for Romulus and Remus