What is sound? Sound is caused by vibrations. The pitch and volume of the sound that is produced is determined by the size and speed of these vibrations. Humans ears have evolved to collect and process sound, allowing us to hear. Sound is used for a range of different things, such as medical imaging and sonar. Students will enjoy using the following activities to create diagrams and understand sound waves and their uses.

Student Activities for Sound Waves Include: 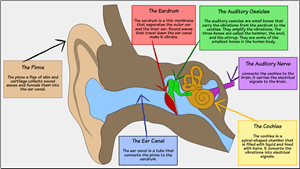 Parts of the Ear 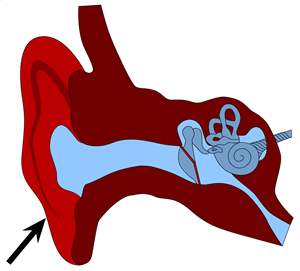 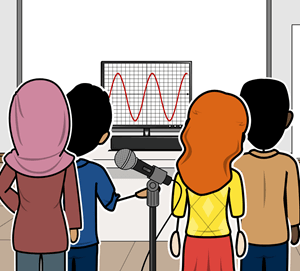 How is Sound Used? 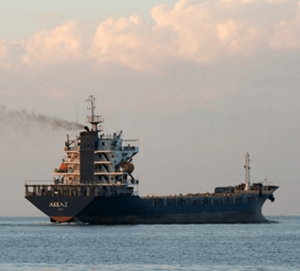 Sound waves travel fastest in solids because the particles are closer together and have strong bonds. Sound travels at 340 m/s in air, 1560 m/s in water and 5000 m/s in steel. This is a lot slower than the speed of light, which is 3 x 108 m/s (300,000,000 m/s). This explains why we see the flash of lightning first and then hear the rumble of thunder. Like other waves, such as electromagnetic waves, sound waves can be reflected, refracted, and diffracted. Reflected sound waves are more commonly known as 'echoes'.

The volume and the pitch of a sound relates to the shape of the sound wave. The loudness of a wave is related to the amplitude of the wave. The larger the amplitude, the louder the sound. Pitch is related to the frequency of a wave, which is measured in Hertz. A wave with a high frequency has a high pitch. Although we can’t see sound waves, we can use an oscilloscope connected to a microphone to produce a visual representation of the waves. Using an oscilloscope, we can compare the pitch and loudness of different waves.

The range of normal human hearing is from 20 Hz and 20,000 Hz (20kHz). Hearing range varies from person to person, with the range decreasing as humans get older. Sound that has a frequency above 20 kHz is known as ultrasound; sounds that have a frequency below 20 Hz are known as infrasound. Ultrasound has a range of practical uses. Ultrasound waves can be used to check the the progress of a pregnancy. Unlike X-rays, which are ionizing, ultrasound waves will not harm the fetus. They are also used by some animals, like bats and dolphins, to locate things. These animals send a pulse of ultrasound out then listen for the echo. The time difference and the location of this reflected wave gives the animals an idea of where the object is.

Human ears have been adapted to locate sounds well. Having two ears allows humans to work out which direction the sound is coming from. The outer part of the ear, known as the pinna, funnels sound waves down into the ear canal. At the end of the ear canal is a very thin piece of skin known as the eardrum. The sound waves cause the eardrum to vibrate. At the other side of the eardrum are three very small bones, known collectively as the ossicles. These three bones are called the hammer, the anvil, and the stirrup, named for their shapes. These bones are arranged in a way that amplifies the vibrations. The stirrup is connected to the cochlea, which is filled with fluid that converts the vibrations into electrical signals. These signals are then carried to the brain via the auditory nerve.