Structure of the Earth

When it comes to Earth, the planet has more than meets the eye. The layers beneath the Earth's surface all vary, each with it's own properties. Additionally, the movement of tectonic plates in the Earth's mantle have shaped and changed the land masses into what we know them to look like today. As students learn about the layers of the Earth, they'll be able to understand how things like volcanoes are formed and have a solid foundation for other Earth sciences!

Student Activities for Structure of the Earth Include:

Layers of the Earth Diagram 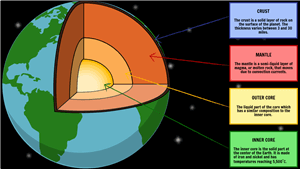 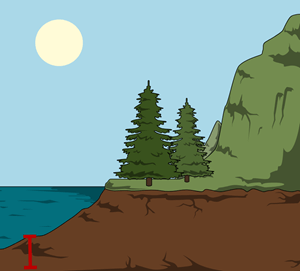 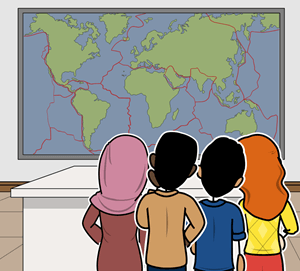 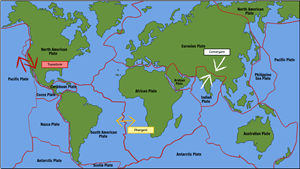 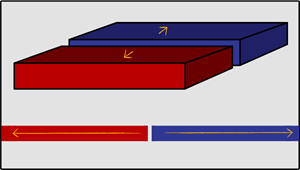 Structure of the Earth Background

Earth is roughly a spherical shape, with the average radius being around 4,000 miles. It is made up of different layers: inner core, outer core, mantle, crust, and atmosphere. About 70% of the Earth’s surface is covered in water, having an average depth of 2.5 miles thanks to rivers and ponds. The rocky planet is surrounded by a layer of gases known as the atmosphere. The atmosphere is made up of mainly nitrogen, but also contains oxygen, argon, and carbon dioxide. This atmosphere protects us and helps sustain life on Earth.

The mantle sits underneath the crust and is the thickest layer in the Earth, with an average thickness of 1,800 miles. The mantle makes up nearly 85% of the Earth’s volume. It is composed of silicate rocks which are rich in magnesium and iron. The mantle is semi-molten and moves. Uneven heat in the mantle causes convection currents and that means magma is constantly moving. Hot magma rises towards the crust, then cools off and sinks back down toward the warmer core.

The crust is a thin rocky layer that surrounds the planet. It is different from the mantle underneath it. It is made up of lots of different types of igneous, metamorphic, and sedimentary rocks. The crust is not uniformly thick and varies from 3-30 miles thick. The thickest part of the Earth’s crust is known as continental crust and is found where there is land. The thinnest part of the crust is known as oceanic crust and is found under oceans. The temperature of the crust varies with depth: the deeper you go, the hotter it is.

The surface of the Earth is split up into pieces known as tectonic plates. The line where two plates meet is called a boundary, or a fault line. The largest of all the tectonic plates is the Pacific Plate, which sits under the Pacific Ocean and has an area of 103 million km2. These plates are constantly moving, though not very quickly; they only move a few centimeters every year. They move because of the movement of magma in the mantle; the plates “float” on top of the mantle. Sometimes these plates get stuck and don’t move past each other. This stores up elastic potential energy and when the plates slip, this energy is released as seismic waves. If the energy released is large enough, these seismic waves can be very large and are known as earthquakes.

The interactions between plates are either convergent, divergent, or transform boundaries. At a convergent boundary, plates move towards each other. If the boundary is between oceanic crust and continental crust, then the oceanic crust will travel underneath (subduct) the continental plate because the oceanic crust is more dense. If two oceanic plates meet, the denser plate will subduct under the less dense plate. When two continental plates meet, they push up against each other, and can form mountain ranges. At a divergent boundary, plates move away from each other. New crust is formed by hot magma rising and pushing up from the mantle through the space between the plates. An example of this is the Mid-Atlantic Ridge. Each year, the width of the Atlantic Ocean grows by 2.5 cm due to new lithosphere being created. At a transform boundary, plates move past each other. The boundary between the North American Plate and the Pacific Plate is an example of this interaction.