Stuart Little is no ordinary mouse. He is a clever, adventurous, thoughtful, and will have students giggling and enjoying every moment of his story. Stuart Little, by E.B. White, is a classic novel that will win over second to fifth graders as they read about his adventures in New York City. The story is full of fun characters, like Snowbell the Cat who bullies Stuart and tries to rid the house of him, and Margalo the bird – Stuart’s dearest friend. When Margalo disappears from home, Stuart sets off to find her, his biggest adventure yet.

Student Activities for Stuart Little Include: 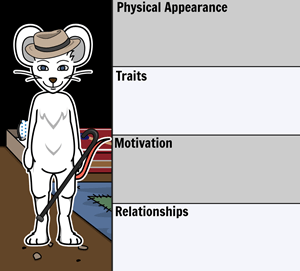 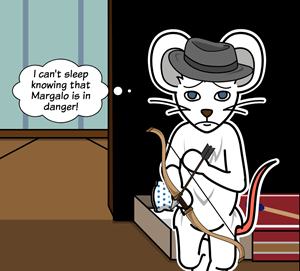 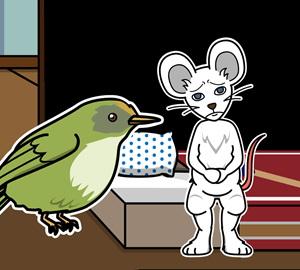 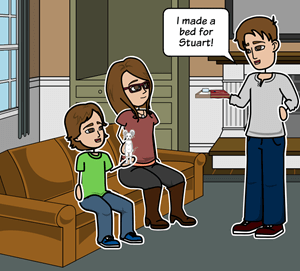 A Quick Synopsis of Stuart Little

Stuart Little was born, just two inches high, to a family of humans and looked very much like a mouse! Despite his differences, Mr. and Mrs. Little named him Stuart, and decide to love him like any other child. Stuart’s size quickly becomes quite helpful for things like finding precious rings that fall down the drain and fixing sticky piano keys. His parents and brother, George, take care to be sensitive about the fact that he is a mouse, even banning songs like “three blind mice” from being sung in their household.

Stuart’s life is full of adventure and he has quite a few run-ins with Snowbell, the household cat. One day, while attempting to show Snowbell how fit he is, Stuart gets himself wrapped up in a window shade. Snowbell decides to let the family think Stuart has escaped into a mouse hole by placing his hat and cane at the entrance. The Little family frantically begins searching for Stuart with no luck. When they have all but given up, George opens the shade to let in some light, and sure enough, Stuart rolls out.

As Stuart grows up, he continues to have grand adventures, making his way around on New York City buses, and sailing toy sailboats in the pond in Central Park. After coming down with bronchitis, Stuart meets a new friend – Margalo the bird. Mrs. Little found her on a windowsill, and thinking she was dead, brought her into the house. The two animals soon become the dearest of friends. Stuart and Margalo each manage to save the others’ life as their adventures continue.

Adventure turns into trouble when Snowbell’s friend, the Angora cat, decides to hunt Margalo. After receiving a warning note from a kind pigeon who overheard the cat’s scheming, Margalo decides the safest option is to flee the Little house, but doesn’t speak a word of her plan for fear of her life. Stuart is completely distraught to find his friend missing and decides it is his destiny to go find her.

After a visit to his friend, the dentist, Stuart is off to the country in a toy car just his size. He takes a job as a substitute teacher for a short time and then ventures on to a town called Ames Crossing where he meets a girl just his size named Harriet. They go on a date before Stuart heads further north. As the story comes to an end, Stuart has not yet found Margalo. It is left up to the reader’s imagination, but we know Stuart feels like he’s headed in the right direction as the sun shines down on him.