The Canterbury Tales by Geoffrey Chaucer

The Canterbury Tales is a collection of stories, told by different pilgrims on their way to Thomas Becket’s tomb during the Middle Ages. The stories range from high style Romance pieces to crude, bawdy pieces intended to insult and entertain. Geoffrey Chaucer, known as “The Father of English Literature”, intended these stories to provide him with an income for the rest of his life: 30 pilgrims with 4 tales each would have created 120 tales! Unfortunately, Chaucer’s life ended before The Canterbury Tales did, and we are left with 24 intriguing narratives. Canterbury Tales covers important topics like greed, lust, love, forgiveness, and revenge, all themes that we can still relate to in our modern world, making these them truly timeless stories.

Student Activities for The Canterbury Tales Include: 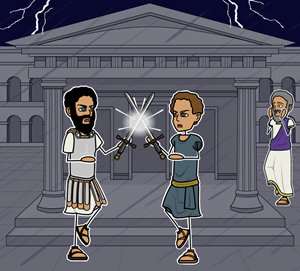 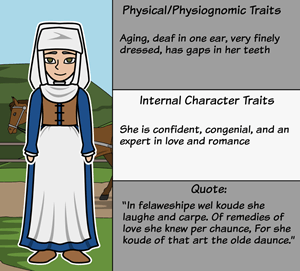 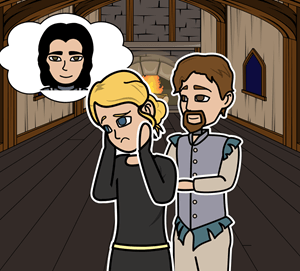 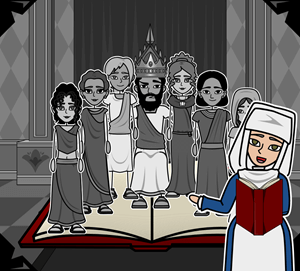 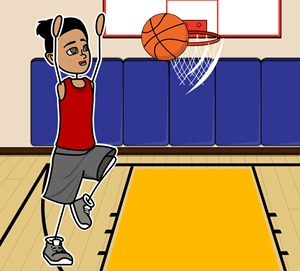 A Quick Synopsis of The Canterbury Tales and "The General Prologue"

The Canterbury Tales by Geoffrey Chaucer by is comprised of 24 tales, including prologues for most of the characters’ stories. Some notable works are “The Knight’s Tale”, “The Miller’s Tale”, and “The Wife of Bath’s Prologue”. Before any tales are told, the reader is presented with “The General Prologue”.

This prologue provides the reader with an introduction to the “naive” narrator, Geoffrey Chaucer; descriptions of the 30 pilgrims; and the host of the festivities, Harry Bailey. The narrator is supposedly “naive” because he points out troubling and controversial characteristics of the different pilgrims with a nonchalant, even upbeat, attitude. He seems to be inadvertently creating caricatures of each pilgrim, exaggerating certain traits and downplaying others. It is up to the reader to see between the lines.

For example, he notes that the Prioress has dogs, and she feeds them white bread and meats. However, the astute reader of the Middle Ages would note that a Prioress having dogs is a luxury that, as the head of a convent, she cannot afford. Furthermore, white bread was a food for the rich, meats were not inexpensive, and she is feeding it to her dogs! It has been argued that the only two pilgrims Chaucer comes out of his naivete to criticize are the Summoner and the Pardoner, where his observations become sarcastic and biting.

A useful technique for tracking which of the pilgrims are “good” (and which ones we should pay closer attention to) is to look for examples of “physiognomy”. The Cook, for example, has an open sore that oozes with pus; the Summoner has such terrible acne on his face that his eyes are swollen up; and the Pardoner has a high voice, fair skin, and no beard, which the narrator insinuates may mean that he is a eunuch, or a homosexual. (Context for Students: Remember, this is the Middle Ages, a very religious period in Europe which was controlled by the Catholic Church. Being homosexual was condemned, so for Chaucer to imply it would have been seen as an insult by the readers of this time period.)

A Quick Synopsis of “The Knight's Tale”

The victorious Theseus, Duke of Athens, is returning home after winning his invasion of Scythia. There, he has defeated Hippolyta, who is now his wife, and her sister, Emelye. During their return to Athens, they come across crying women beg Theseus to attack Creon, King of Thebes, because he will not allow a proper burial for their husbands. Theseus defeats Creon and wins two hostages: Palamon and Arcite.

While Arcite and Palamon are imprisoned, they see Emelye from their tower and both fall in love. Arcite is set free a short while later, but banned from ever setting foot in Athens. Unable to stay away from Emelye, however, he returns disguised as a servant. Palamon escapes from the tower, and unable to leave Emelye either, is hiding nearby. The two men duel for Emelye’s love, inadvertently revealing their identities to Theseus. Theseus declares that each man must return in one year with a hundred knights for a decisive tournament to win the lady’s hand.

The day of the competition, Palamon visits the temple of Venus, goddess of love; Arcite visits the temple of Mars, god of war; and Emelye visits the temple of Diana, goddess of the hunt, where she prays for her chastity to be maintained, suggesting that she would rather not marry either man. Arcite wins the tournament, but he is accidentally thrown from his horse and sustains life-threatening injuries, a compromise between Mars and Venus. Before he dies, he grants his blessing to Palamon to marry Emelye.

A Quick Synopsis of “The Miller's Prologue and Tale”

Harry Bailey, the Host, instructs the Monk to tell the next tale, but the drunken Miller interrupts and insists on telling his instead. Since the Knight is of the highest class of the group, one might expect that the stories to be told in descending order of class. The Miller inverts this expectation and introduces a bawdier, lower-class element to the Tales. While the Knight told a story of courtly love, the Miller also relates a love triangle, but from the opposite end of the social spectrum. The tale begins by introducing John the carpenter, who is married to a much younger, very desirable woman, Alisoun. He is protective, even controlling of her, fearing that she will make him a cuckold. Nicholas, a clerk, rents a room in John and Alisoun’s house, and has his eye on Alisoun for some time. He finally convinces her to sleep with him one night, while John is out of town.

Alisoun goes to church and Absolon, a young parish clerk, falls instantly in love. He begins to visit her window at night, singing love songs to woo her. Alisoun isn’t interested, however, as she already has a husband and a lover. Nicholas and Alisoun long to spend another entire night together, but they need to get John out of the way. Nicholas convinces John that he has found by his astrology that the world will be destroyed by a second flood. Nicholas manages to convince John to hang three tubs from the rafters of the barn. Once the flood comes, they could cut the ropes and float away in safety. Each person will be in their own tubs and should remain in prayer the whole time. While John is hanging from the tub, Alisoun and Nicholas sneak away together for the night.

Meanwhile, Absolon has come back to the house to sing outside of Alisoun’s window again. He begs Alisoun for a kiss, and she sticks her rear end out of the window. Absolon is so angry that he goes and grabs a hot poker, intending to brand her rear end when she sticks it out of the window again. This time, however, it is Nicholas’ rear end that appears, and he farts in Absolon’s face. Absolon uses the poker to brand Nicholas’ bare skin, and Nicholas begins to scream, “Help!” and “Water!” John, still in the tub, awakes and takes this to mean that the flood has arrived. He cuts the rope holding the tub and crashes to the ground of the barn, breaking his arm. The neighbors mock John and called him mad. John loses Alisoun, and Nicholas has a permanent brand on his backside.

A Quick Synopsis of “The Wife of Bath's Prologue”

The Wife of Bath (her real name is Alyson) opens her prologue by announcing that she knows a thing or two about marriage, since she herself has been married five times. She quotes from the Bible and makes a case for why being married more than once is okay. She explains that in her first five marriages, she “wore the pants”; in other words, she controlled her husbands. However, while the first four marriages were for money or convenience, the fifth marriage to Janekyn was for love. Her fourth husband cheated on her, so she retaliated by making him think she was being unfaithful to him. This drives him insane with jealousy and sadness, and the Wife of Bath takes delight in the fact that she made him suffer.

Her fifth husband, Janekyn, 20 years her junior, was a charismatic sweet-talker; however, she says that he was the most brutal to her. At the funeral of her fourth husband, Alyson was so impressed by his backside as he walked behind the casket that she knew she had to make him hers. They were wedded a month later. She gave him all of her lands and wealth, but he rarely gave anything to her. The age difference between them became a problem, as Alyson was used to her independence and it grated on Janekyn. He read to her often from a “book of wicked wives”, routinely pointing out stories of men who were deceived by their evil wives.

Alyson finally grew so sick of it, she tears pages out of the book and punches Janekyn in the face. He retaliates by striking her in the head with his fist, which causes permanent deafness in one ear. She pretends to be dying, asks for one last kiss, and then when he leans in, she hits him again. Eventually, they come to an agreement with one another: she has full governance of the house and estate, she controls the relationship, and he burns his book.

This prologue has gone on for quite some time, and the Friar and Summoner tease Alyson about that. Harry Bailey, the Host, quiets them down and tells Alyson to begin her tale.


Essential Questions for The Canterbury Tales

Buy The Canterbury Tales by Geoffrey Chaucer on Amazon