The Lightning Thief by Rick Riordan

Find more storyboard activities like these in our Elementary School and Middle School ELA Categories!

Percy spent his childhood being kicked from one school to the next, but now it is clear to the adults in his life that he needs to know the truth: he is the son of a god. Percy goes to a camp for demigods so he can learn about his divine heritage and how to defend himself against the dangers of the mythological world. Along with his friends, Annabeth and Grover, Percy has to save the world of humans. The ancient gods of Olympus are poised to wage war, and Percy might be the only person who can stop them. As the first book of the Percy Jackson series, The Lightning Thief is sure to encourage students to read on and on.

Student Activities for The Lightning Thief Include: 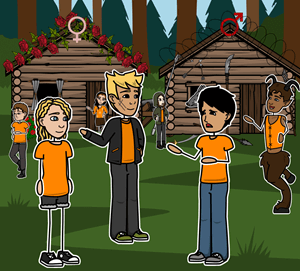 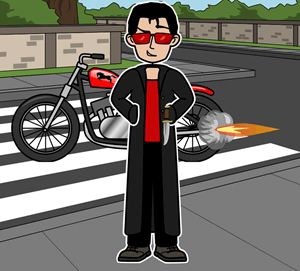 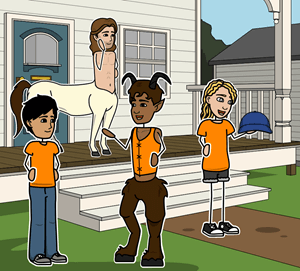 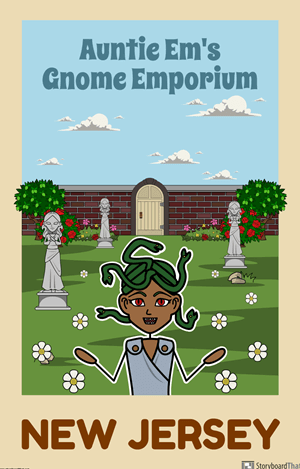 Percy Jackson is not exceptional. He suffers from ADHD and dyslexia, which make school difficult. Percy doesn’t understand all the strange and weird things that happen around him on a regular basis. It isn’t until he goes on a field trip to a museum filled with ancient Greek artifacts that he begins to discover his own secret. His math teacher transforms into a terrifying monster and Percy slays her with a sword.

His mom, Sally, and his friend Grover (who is actually a satyr and Percy’s protector) explain the basics. Percy is in grave danger because he is a demigod and monsters continually seek to destroy demigods. Sally and Grover take Percy to Camp Half-Blood so that he can train. Just as they arrive, a livid minotaur charges Percy. He is able to kill it, but not before it dissolves Sally into a cloud of shimmering, gold dust. At camp, Percy learns to fight with ancient weapons and the traditional ways of the Greek gods. He also meets other demigods: Annabeth (daughter of Athena), Clarisse (daughter of Ares), and Luke (son of Hermes).

Percy learns that water is his ally, and he is stronger when he is near it. Clarisse, the bully of Camp Half-Blood, tries to dunk Percy’s head in the toilet. She quickly regrets it when, without even knowing he’s doing it, Percy wills all of the water to attack her. During a game of capture the flag, Percy is injured, but heals and becomes refreshed after going into the water. Percy is then claimed by Poseidon, one of the “Big Three”.

Zeus’ lightning bolt, the crux of his power, has been stolen, and Percy is the suspected thief. The brother gods, Zeus, Poseidon, and Hades have all been on the brink of a battle for millennia. If Percy doesn’t “return” the stolen bolt, it will mean all-out war that will endanger the mortal world. Zeus has issued a deadline for its return: the summer solstice. Percy must go on a quest (something many half-bloods want to do) or be turned into a dolphin. Before leaving on the quest, Percy visits an oracle who gives him a prophecy. Though the oracle makes it seem Percy is destined to fail, Chiron assures him that oracles often have double meanings and not to worry.

Percy, Grover, and Annabeth set out from New York to Los Angeles and the entrance to the Underworld. They face many obstacles as they travel that parallel mythical tales. They trick and/or defeat the Furies, Medusa, Echidna and the Chimera, a trap set by Hephaestus for Ares, the Lotus Casino, Procrustes, and Charon. They also learn that Percy’s mother isn’t dead, but being held captive by Hades in order to control Percy. Somehow along his travels, Zeus’ bolt appears in Percy’s pack. Hades finds the bolt and thinks that Percy must have also stolen his helm, the source of his power, because it too has gone missing.

The three must run for their lives. Upon reentering the world of the living, they learn that the war is all but started, and Ares is behind it all. He stole both the bolt and Hades’ helm from the original thief to create a war between the “big three” gods, at the urgings of an unknown force. After an epic battle between Ares and Percy, the Furies return Hades’ helm to him, saying Percy hadn’t stolen it.

Percy, Annabeth and Grover make it back to New York, just in time to take the magical elevator to Mount Olympus where Percy returns Zeus’ bolt and meets his father, Poseidon. Percy learns that his mother is alive, safe, and has escaped her horrible, mortal husband. Percy returns to camp and continues life as a demigod in training, only to discover the identity of the true lightning thief and the dangers that await him.

Essential Questions for The Lightning Thief

Buy The Lightning Thief by Rick Riordan on Amazon