The Missouri Compromise of 1820

The Missouri Compromise of 1820 was just one part in the larger discussion of slavery in the United States and the events leading up to the American Civil War. It's main purpose was to identify which new states could institute slavery and which could not. Through a variety of activities, students will connect compromise to the debate of slavery and what effect it had on the institution of slavery itself.

Student Activities for The Missouri Compromise of 1820 Include: 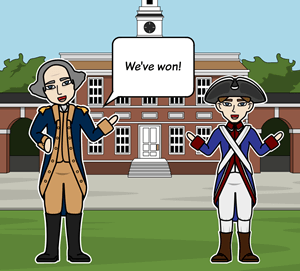 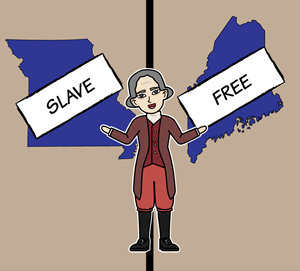 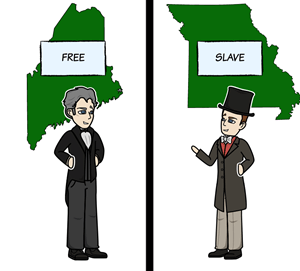 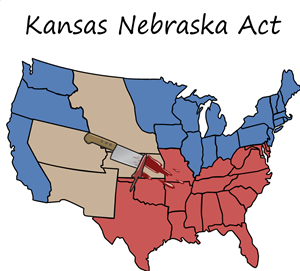 The Missouri Compromise of 1820

The Louisiana Purchase nearly doubled the size of early America. This land acquisition provided space for settlers and huge economic opportunities in agriculture and raw materials. The new land also caused a great deal of debate among Congress about what would be permitted in any new states joining the Union, particularly the institution of slavery.

The Missouri Compromise of 1820 was instrumental for several different reasons. The compromise itself settled, for a time being, the dispute on where slavery should and could exist in the recently acquired Louisiana Territory. It called for slavery not to exist above the 36° 30’ latitudinal line. The exception to this was Missouri, which entered the Union in 1820 as a slave state under the compromise. In addition to Missouri, Maine also entered the Union as a free state (which was previously part of Massachusetts) to balance the number of free and slave states in the nation. This was meant to bring an equality to the slave and free states, along with balance in Congress.

Other issues were soon raised. Many questioned the ability of Congress to determine where slave and free states should exist. Some argued that newly created states should have the freedom to choose how their state would enter the Union. On the other side of the scale, politicians and citizens alike argued that slavery should not be allowed to expand with new territory altogether. Regardless of this, the Missouri Compromise of 1820 would remain law until it was negated in 1854 by the Kansas-Nebraska Act. Still, the compromise itself is instrumental in understanding the evolving and highly-debated topic of slavery in the United States, including its expansion, the balance of free and slave states, and the overall institution itself.


Essential Questions for The Missouri Compromise of 1820