The Most Dangerous Game by Richard Connell

“The Most Dangerous Game” is a fascinating short story, filled with mystique and suspense. With deft pacing, the story builds tension and action as the hunter becomes the hunted!

Student Activities for The Most Dangerous Game Include: 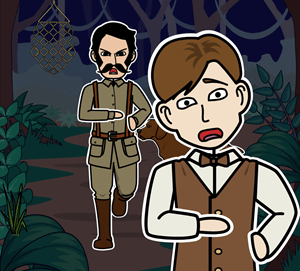 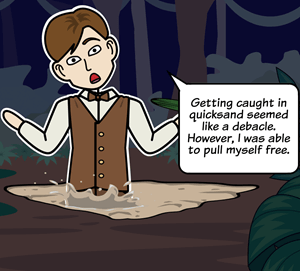 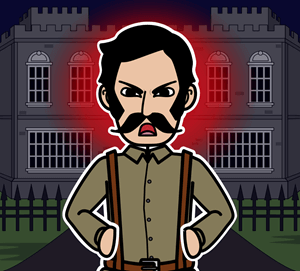 "The Most Dangerous Game" Summary

Sanger Rainsford, a big game hunter, is on his way to the Amazon by boat, accompanied by his friend Whitney. The two men discuss their plans to hunt big game, but, in the middle of the night, Rainsford falls off the boat. He swims to the nearby Ship Trap Island, a place of sail lore and great superstition. He finds his way to a rather large ‘chateau’, where he is held at gunpoint by a rather large man named Ivan. Soon the proprietor of the house, General Zaroff, immediately recognizes Rainsford as the famous hunter, and welcomes him. Zaroff claims to be a hunter himself, and tells Rainsford he has found a new joy: the most dangerous game to hunt on this island: humans. The General gives Rainsford an ultimatum: play his game, or die. If Rainsford can make it three days, Zaroff with allow him to go free.

For three days and two nights, Rainsford manages to outwit Zaroff, setting elaborate traps to delay the hunter. Finally, Zaroff seems to have him cornered without escape, so Rainsford is forced to jump off of a cliff into the sea. Zaroff returns home, where he is ambushed by Rainsford. That night Rainford says he never had a better sleep in Zaroff's bed!


Essential Questions for “The Most Dangerous Game”

Buy The Most Dangerous Game by Richard Connell on Amazon