Between 1933 and 1938, a series of domestic reforms were enacted in order to help the American economy persevere through the Great Depression. Implemented by President Franklin D. Roosevelt, the New Deal is best remembered as a period in American history where the relationship between the government and the people were intertwined in order for both to get back on their feet again.

Student Activities for The New Deal Include: 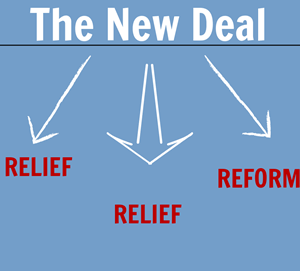 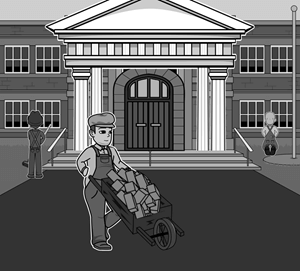 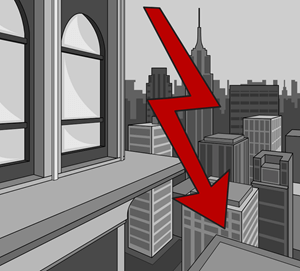 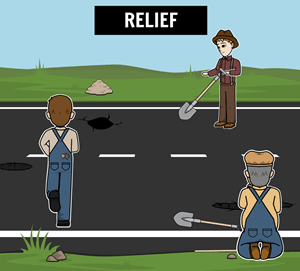 Soon after taking office, President Roosevelt promoted his New Deal program, which would emphasize the “3 Rs”: relief, recovery, and reform. Although the New Deal has been seen as a controversial series of legislation enacted by the federal government, there is no question that these reforms saved lives and provided jobs to those in dire need throughout the 1930s. The actions the Federal Government took to keep the American economy and society alive remains a topic of intense study throughout America’s economic, political, and social battles today.

While studying this period of history, students will be exposed to numerous economic, political, and social reforms established under the New Deal. They will see how the Federal Government stepped into American society in order to alleviate the numerous problems caused by the Great Depression. They'll be introduced to the background questions of the New Deal. Students will research and then analyze the programs created under the New Deal.

Students will also have the opportunity to step back from the perspective of just the 1930s and be able to look back at the problems created prior to the Wall Street Crash on October 29th, 1929. In order to connect this unit to today's history, students can look at modern society and analyze the role the Federal Government plays in our daily lives. Students will be encouraged to not only make connections between the New Deal and our modern society, but also analyze and argue both for and against the role our government plays in our lives today.


Discussion Questions for the New Deal