The Once and Future King by T.H. White

Written in an era where bad leadership had brought the world to the brink of destruction, T.H. White did what many others before him did: he took a very famous legend and crafted it to fit the concerns of the 20th century. The Once and Future King is divided into four books. Each book deals with a distinctive period of King Arthur’s life and important lessons for readers: the characteristics of a good leader and the importance of education; what happens when the sins of the fathers are visited on the sons; the importance of imperfection and finding redemption in God; and finally, the hope that eventually good will overcome evil in the world as long as the flame of goodness is passed down to future generations.

“Education is experience, and the essence of experience is self-reliance.”

Student Activities for The Once and Future King Include: 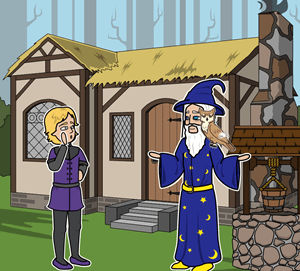 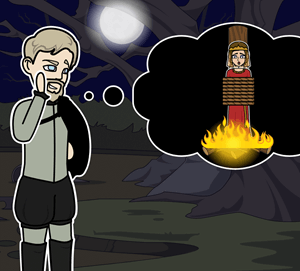 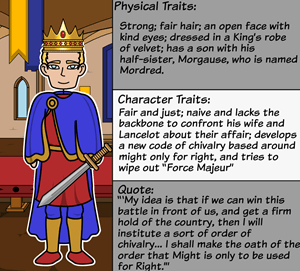 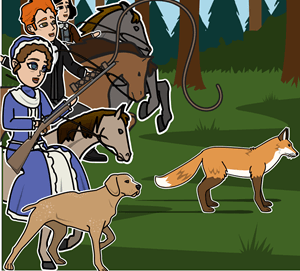 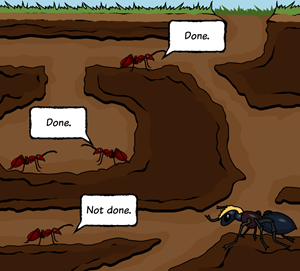 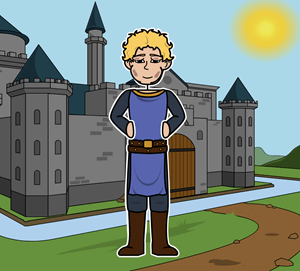 
Books I and II are allegorical in nature, pointing to elements of rising fascism in Germany. Book II deals with the effect of World War I leading to World War II, and has many similarities to the Greek tragedy Oedipus Rex. Book III concerns Lancelot coming to terms with his imperfections and realizing that God has not abandoned him, even when he has sinned. Book IV deals with Mordred’s destruction of Arthur’s reign, but not before Arthur makes sure his ideas of civil law and justice are passed on to future generations.

A Quick Synopsis of The Once and Future King

Book I: The Sword in the Stone

Young “Wart” lives with Ector and his son Kay in Ector’s manor. The Wart (Arthur) is not Ector’s proper son, so Kay is favored with most things by his father and is a bit spoiled. Their tutor has left the manor after losing her mind, and Ector is fretting over whom to hire as a new tutor for the boys. Meanwhile, Kay and Wart go out with Cully the hawk, and Kay loses him. The Wart follows Cully into the woods and he happens upon some interesting characters: King Pellinore, on a never-ending hunt for the Questing Beast, and a man in a strange hat, with a long beard and a talking owl. This man’s name is Merlyn, and he is going to be Wart’s tutor.

Throughout Wart’s education with Merlyn, he is changed into a series of animals, including a perch, a merlin, a goose, an ant, and a badger. Each of these animals comes with their own unique experiences, and they teach Arthur something about education and being a good leader. The geese, for instance, have no boundaries, so they don’t understand war; Wart finds them to be the most humane creatures.

Throughout his tutelage, Merlyn also tries to break Arthur of his desire to be a knight. Since he is not Ector’s proper son, he is destined to be a squire to Kay instead. When Kay enters a jousting tournament in London, he forgets his sword. Arthur goes to get a sword for him and comes across a mysterious sword in a stone in a churchyard. He has a moment where all of his animal friends swarm around him in his mind, reminding him of their important lessons. He pulls the sword from the stone with ease, and come to find out this has marked him as the next King of England!


Book II: The Queen of Air and Darkness

Book II details the early years of Arthur’s reign, when Merlyn is still his advisor, before he becomes a captive of Nimue. Arthur is caught up in a rebellion of the Gaels and is still struggling with the idea of exercising his absolute power in warfare versus using his power only for just causes.

Merlyn is constantly trying to get Arthur to think for himself, and after a particularly bloody battle in which 700 foot soldiers are killed, Arthur realizes it was not so much fun as he had thought it would be. This and other lessons from Merlyn help Arthur see that Might should only be used for Right, and he develops his plan for the Round Table.

Meanwhile, Queen Morgause, Arthur’s half-sister, designs a spancel, a magic piece of skin, which hides her true being from Arthur and she is able to seduce him. The result of this one-night stand is Mordred, who eventually brings about Arthur’s downfall.

Book III focuses on Lancelot, Arthur’s best knight, who falls in love with Guenever, Arthur’s wife. Lancelot is convinced that he is lacking spiritually, because of his ugly exterior, and he believes that his abilities and strengths lie in his chastity, which Elaine, a young woman he rescued, tricks him into losing. He has a child with Elaine named Galahad, which angers Guenever.

The majority of Book III sees Lancelot running from Guenever, fighting the temptation of an affair with her by going on quests. He is ultimately unsuccessful. Mordred gains power in Camelot at the end of the book, and first sets his sights on bringing down Guenever. Guenever attempts to win some favor back in court by throwing a party, but in a botched attempt on Gawaine’s life by a rival with poisoned apples, another knight is poisoned and dies. Guenever is accused of murder, and Lancelot fights for her honor in disguise. Guenever is later kidnapped and Lancelot saves her again.

Finally, a man named Sir Urre comes to Camelot in search of help for wounds that will not heal. Lancelot touches him and heals him, proving to Lancelot that he did not lose God’s favor after all. In spite of all of the sins that haunt Lancelot, he realizes that there is something God grants called redemption.


Book IV: Candle in the Wind

Mordred and Agravaine team up in order to bring down Arthur’s reign. Mordred hates Arthur and he resents that Arthur tried to have him killed as an infant; Agravaine hates Lancelot, Arthur’s right-hand man. They plot to expose Lancelot and Guenever’s affair, which is treasonous, and will force Arthur to punish them. This plan sets Mordred and Agravaine against their brothers, who disagree with their plans. They set a trap for Lancelot and Guenever, which they fall into. While Lancelot is in Guenever’s chambers, Mordred, Agravaine, and other soldiers wait outside to ambush, them. Lancelot kills all of the men waiting outside except Mordred, who runs away. Lancelot flees Camelot, and Arthur has no choice but to burn Guenever at the stake for treason. However, he secretly hopes that Lancelot will save her at the last moment, which he does. In the melee of the rescue, Gaheris and Gareth are killed, which Mordred blames on Lancelot.

The Pope intervenes and brokers a peace that allows Guenever to return to Arthur unharmed. Gawaine, incensed by the deaths of his brothers, follows Lancelot back to his castle in France. Arthur reluctantly sides with Gawaine.

While they are away, Mordred begins to enact his plan to declare Arthur dead, take the throne, and to take Guenever as his wife. Guenever sends Arthur a letter with the details of the plot, and Arthur and Lancelot make plans to return to England to fight Mordred. As Arthur sits in his tent on the battlefield, presumably the night before his final battle, he muses over whether war will always be inevitable. He makes sure to tell a page, young Tom Malory, to remember what he tried to do for the world with his new system of Civil Law. While he may be a “candle in the wind” of this moment in time, his ideas will be sparked again one day when good must overcome evil. Therefore, he is both the “once” and “future” king.

Essential Questions for The Once and Future King by T.H. White

Buy The Once and Future King by T.H. White on Amazon
Image Attributions