Find these Common Core aligned lesson plans and more like them in our Elementary School Category!

The One-Eyed Giant is the first book in the Tales from the Odyssey series by Mary Pope Osborne that retells the thrilling stories from Homer’s Odyssey for kids. The book is a perfect read-aloud for younger elementary students and will definitely foster an interest in Greek mythology.

Student Activities for The One-Eyed Giant Include: 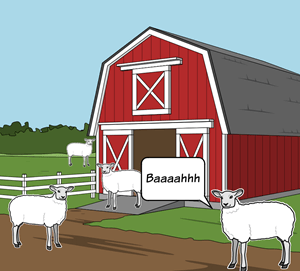 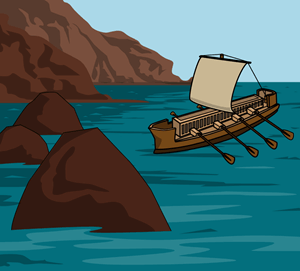 Agamemnon, ruler of all Greek Islands calls for all kings and princes to wage war against Troy. A Trojan prince has kidnapped a Greek queen named Helen. He sends a messenger to the island of Ithaca to order Odysseus, king of Ithaca, to join them in battle. As much as Odysseus tries to refuse, he has to go to war to help his men.

For the next ten years, Odysseus and thousand of other Greek warriors camp outside the walls of Troy. Helen still remains a captive behind Troy’s walls. Odysseus is feeling defeated and homesick. He starts to think he will never be able to return home. Suddenly, the goddess of wisdom and war, Athena appears. She gives Odysseus a plan to take Helen back from the Trojans. The Greeks do as she says and they build a giant wooden horse. Some men hide in the horse, while the rest pretend to retreat. When the Trojans see the horse, they are skeptical at first, but decide to bring it into the city walls. The Greeks surprise the Trojans and rescue Helen.

Odysseus is joyful; he and his men prepare to head home to Ithaca. However, some of the men had disrespected Athena’s temple and this angered the gods, causing storms to drive them off course to the Island of the Lotus Eaters. Here, some of Odysseus’s men are offered bright flowers to eat, and as they do they fall into a peaceful sleep. The flowers take away all the men’s memories. Odysseus forces all his men to leave the island at once. Back at sea, the gods create more storms that lead Odysseus’s men to another unfamiliar island.

On this island, Odysseus and his men find food and shelter. There is a mysterious shore in the distance which sparks the Odysseus’s curiosity, and he has to find out who lives there. He takes a few of his men and heads over to the shore. They find an empty cave and decide to wait for the owner to come home, where they will offer him some wine for his hospitality. The men are surprised when the owner of the cave comes back and they find it is a monstrous Cyclops named Polyphemus. Polyphemus, not knowing the soldiers are inside, closes the cave with a giant boulder. When Polyphemus sees the Greeks, he gets angry, and as Odysseus is trying to ask for his hospitality, he smashes two soldiers together and eats them.

Odysseus devises a plan to escape. When the giant returns from his daily duties, Odysseus offers him wine. Polyphemus drinks a lot of wine and becomes a bit drunk. In his drunken state, Polyphemus, asks Odysseus’ name. Odysseus says his name is “No One”. The monster then falls asleep, and as he does, Odysseus drives a stake right through the Cyclops’s eye, blinding him. As Polyphemus cries for help, his friends shout from outside the cave to him, but all the monster keeps saying is, “No One tried to kill me!”, so they retreat back, thinking Polyphemus must be sick.

Polyphemus does not want the men to escape, so he moves the boulder and sits at the entrance of his cave, saying he will kill anyone that dares go past. Odysseus devises another plan and has his men hide under the bellies of the sheep. The men escape and meet up with the rest of the soldiers. As they are setting sail to head home, Odysseus makes a grand mistake, and tells the monster his name. Polyphemus yells to his father, Poseidon, asking him to curse Odysseus and make it so he will never return home.

Odysseus and his men stop at the palace of Aeolus to rest from their long journey. Aeolus, god of wind, is very hospitable. Odysseus tells the wind god all his stories of war, which pleases the god. Odysseus asks if Aeolus will help him get home to Ithaca, and Aeolus agrees by putting all the winds into a bag. With no worries of storms, Odysseus sets sail to hopefully get home. The men row and row, and see the shore of Ithaca. Odysseus is jubilant! However, some greedy men open the bag of winds, thinking it is gold, and storms come to blow Odysseus and his fleet far off course. When Odysseus returns to Aeolus’ palace to ask for help, the god tells him that Odysseus is cursed and will not help him anymore. Odysseus is heartbroken, homesick and not sure what to expect next.


Essential Questions for The One-Eyed Giant

Buy The One-Eyed Giant by Mary Pope Osborne on Amazon