Literary Conflict in The Red Badge of Courage

Storyboarding is an excellent way to focus on types of literary conflicts.

Having students create storyboards that show the cause and effect of different types of conflicts strengthens analytical thinking about literary concepts. Have your students choose an example of each literary conflict and depict them using the storyboard creator. In the storyboard, an example of each conflict should be visually represented, along with an explanation of the scene, and how it fits the particular category of conflict.


Examples of Literary Conflict in The Red Badge of Courage

The primary conflict of the novel is the Union versus the Confederate forces. The battle depicted in the novel is thought to be modeled after the Battle of Chancellorsville in New York. While there are many battles and skirmishes described in the novel, the Union soldiers storming the Confederate hold behind the farming fence is particularly poignant to show the battle between foes.

Henry is plagued by guilt and shame over his desertion of his comrades in battle, and later his desertion of Jim Conklin and the tattered soldier in the woods. When he is overcome by these thoughts and emotions, he imagines that his fellow soldiers can see his shame. It causes him to lash out in anger at the rebels and even at Wilson.

The woods and landscape are both friend and foe to the soldiers on the battlefield. On one hand, it provides shelter for the Union forces during battle; on the other hand, it provides cover for the enemy during battle. As Henry retreats from his first battle into the woods, he imagines that the brush he is walking through is creating such a ruckus that everyone can hear him walking away from battle. He feels betrayed by the woods, much like how he betrayed his regiment.

Create a storyboard that shows at least three forms of literary conflict in The Red Badge of Courage. 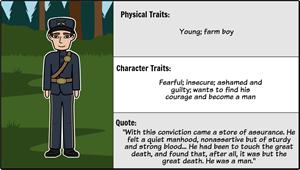 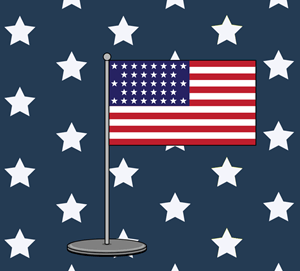 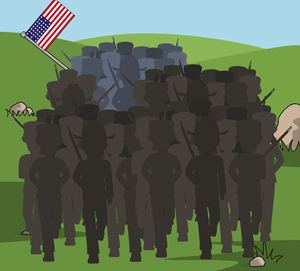 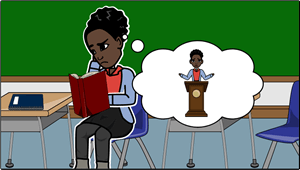