Throughout American history, no institution has divided the country more than slavery. Despite being beacons of democracy and independence for the world to see, many of America’s founders were also slave owners. Understanding the institution of slavery is essential in the study of American history, as it played a major role in America’s economy, society, and political systems. From the first colony of Jamestown to the ratification of the 13th Amendment, America’s dependence on slave labor remains a contentious topic and has left a permanent scar on America’s past. 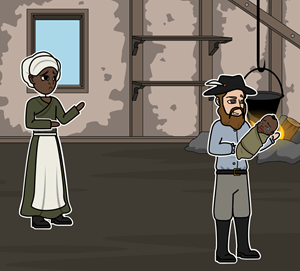 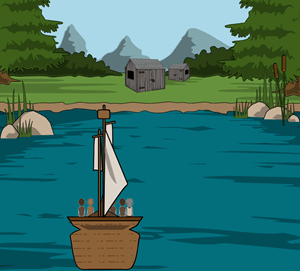 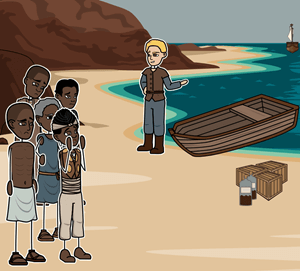 The institution of slavery has existed for thousands of years; most great societies depended on slaves. Ancient Egypt, Greece, Rome, Byzantium, China, and Japan are only a few places where slavery had once been legal. As European explorers discovered new lands in the fifteenth century, they gathered treasures in the forms of spices, minerals, goods, and people. Some Europeans thought themselves greatly superior to other peoples, and subverted others into servitude, particularly into manual labor roles. Without needing to pay their laborers, plantation owners were able to become extremely wealthy. As the demand for slave labor increased over the years in the New World, the Slave Trade exploded. Capturing, buying, and selling slaves became a flourishing economic industry.

Through this lesson, students will research the Slave Trade, one of the most significant institutions in American history. They will develop an understanding of how the Slave Trade impacted America from before its founding to after the Civil War. Students will create storyboards that will help them understand the role of the Triangular Trade, analyze the the slave ship experiences of the Middle Passage, and connect slavery’s individual impacts to the broader context of American history.