The Monsters Are Due on Maple Street by Rod Serling

I remember reading this story as a play in middle school. I was captivated by the ending, and it has stayed with me ever since. The Monsters are Due on Maple Street is a great tool for teaching themes, lessons, and morals in the classroom. This lesson plan is designed to generate creativity and discussion around what happens when human nature gets out of hand.

Student Activities for The Monsters Are Due on Maple Street Include: 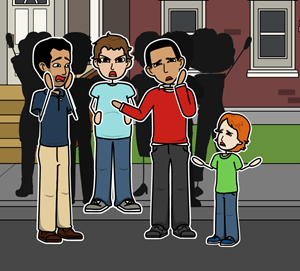 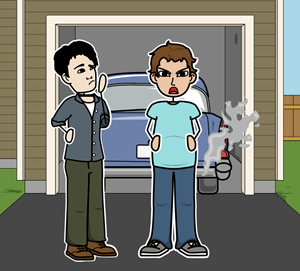 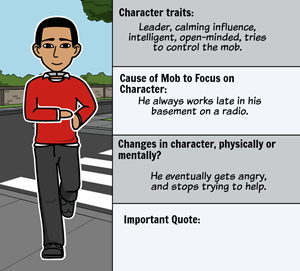 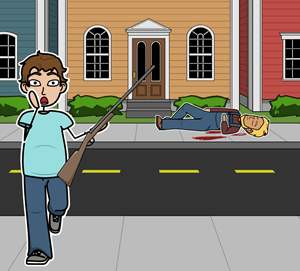 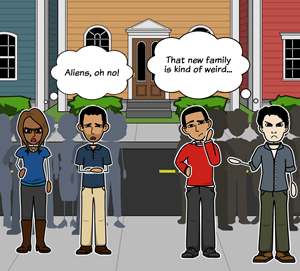 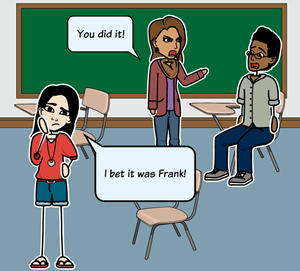 Synopsis of The Monsters Are Due on Maple Street

The Monsters Are Due on Maple Street was originally an episode of the 1960s television show The Twilight Zone. Later, the episode was made into a graphic novel. The story deals with human nature and paranoia.

The story begins on quiet, suburban Maple Street. A shadow passes over, accompanied by a flash of light, a whooshing sound, and then a power outage. Immediately, people are in the streets speculating, and the idea of extraterrestrial visitors is mentioned. One resident, Peter, volunteers to take a look around. The characters believe that the aliens could be living as a family in the neighborhood who appear human. Hysteria takes hold, and residents start to accuse their neighbors. Everyone is a suspect, and the neighborhood is growing uneasy.

Panic of monsters steadily builds until, one night, a shadowy figure appears. Charlie, a main character, grabs a shotgun, and shoots the shadow in fear. Unfortunately, it is Peter Van Horn, returning from his scouting mission. He dies instantly. Suddenly, the lights in Charlie's house come on, and he panics as the crowd begins accusing him of being both a murderer and the monster responsible for the power being out. A witch hunt begins, and the neighborhood turns into an angry mob. Terrified residents produce weapons, a riot breaks out, and fear drives residents to shoot each other.

The ending scene reveals that the object that had flown overhead was indeed an alien spaceship. Alien observers watch the riot on Maple Street knowing they created the mass hysteria through the manipulation of the power. In the end, the residents of Maple Street were the real monsters. The aliens conclude that conquering Earth will be easy; the humans will destroy themselves.


Essential Questions for The Monsters are Due on Maple Street

Buy The Twilight Zone: The Monsters Are Due on Maple Street by Rod Serling on Amazon

Don’t Let the Fun Stop There! Check Out Our Other Lesson Plan Ideas