Wonder is the touching tale about a fifth grade boy, August Pullman ("Auggie"), who was born with a rare combination of genetic anomalies, causing him to look “deformed”. These birth defects require many surgeries throughout his childhood. As a result, Auggie is not able to attend public school until fifth grade. Though he is very smart and has been home-schooled, Auggie has no idea what it is like to be in school with other children. His only experiences with people, besides his family and a few others, have been in hospitals or when people gawked at him in public.

The book relates Auggie’s first year of school from the perspective of many different characters. He experiences both bullying and random acts of kindness. The story is an eye-opening account that helps the reader understand what it is like to be different, to experience bullying, and to persevere. Wonder is a great tool in the fight against bullying.

Student Activities for Wonder Include: 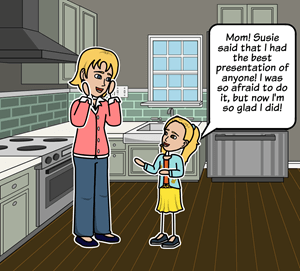 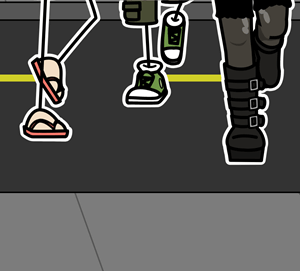 What Makes You Stand Out?

Wonder by RJ Palacio, is about a boy, “Auggie”, who faces bullying and misunderstanding on a regular basis, due to a disfiguring genetic condition. The first part of the book is from Auggie’s perspective and describes his transition from homeschooling to a private school.

Except for his appearance, which people find disturbing or upsetting, Auggie thinks of himself as a normal kid. He has been homeschooled for many years, due to this medical issue and related surgeries, but his mother feels he should start middle school with other children.

Auggie is petrified of going to a “real school”, but has always wanted to experience friendships the way other kids did. He admits to having a few friends, but nothing like “normal” kids experience. After a bit of back and forth with his parents, Auggie agrees to at least meet the head of his new school.

When he goes for a tour, he is introduced to three students: Jack, Julian, and Charlotte. Though Jack and Charlotte are slightly uncomfortable, they handle themselves well and manage to be nice and helpful to Auggie. Julian starts off mean and continues with nasty, under-handed remarks, even after school is in session.

Readers are introduced to Mr. Brown, one of Auggie’s teachers. He teaches the kids about precepts: ”PRECEPTS = RULES ABOUT REALLY IMPORTANT THINGS!” They are mottos to live by, according to Mr. Brown. The first precept of the year (and a theme of the book) is, “WHEN GIVEN THE CHOICE BETWEEN BEING RIGHT OR BEING KIND, CHOOSE KIND.”

Auggie meets a new friend, Summer, who sits with him at lunch. He also hangs out with Jack a lot. He works hard in school and experiences many happy firsts, all while feeling that people are judging him. While most of his time is happy, Auggie has one particularly painful experience on Halloween. When Auggie changes his costume at the last minute, the other students don’t realize it is him. Auggie overhears Julian saying he would kill himself if he had a face like Auggie’s. Auggie is so upset, he has to go home sick.

The second section of the book is from the view of Via, Auggie’s older sister. She loves her brother very much, but doesn’t remember a time when August wasn’t the center of attention. She says this is okay, but it becomes clear Via does need to have some attention given to her. She has always been Auggie’s “protector”, even when confused by the complex circumstances of her family’s life, and despite not understanding how Auggie deals with people’s stares and comments.

The remaining chapters show readers how some of the other characters perceive Auggie. They capture the different feelings and emotions children experience when interacting with people who are different. These chapters portray many perspectives on bullying and dealing with bullying.