Apollo is the god of the sun and music, and carries a golden lyre and a golden bow and arrow. 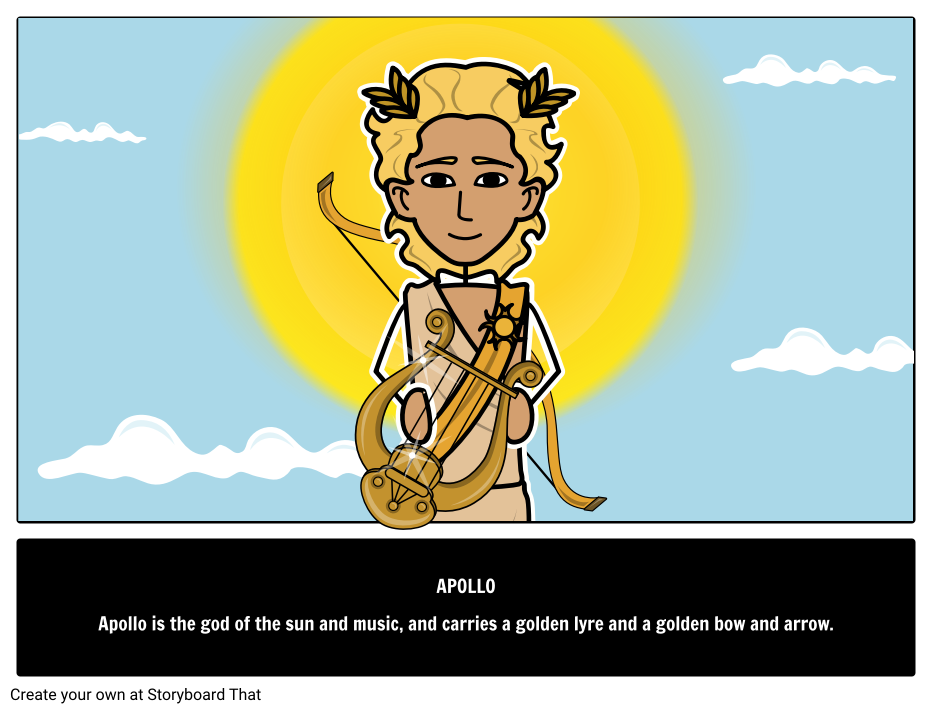 Apollo and Artemis were the twin children of Zeus and the nymph Leto. Apollo was as beautiful and radiant as the sun. He was also the god of music and medicine. He was jealous and impetuous in his youth, and made a lot of enemies.

The Greeks prayed to Apollo for good health, and feared him when a plague or other illness hit. He was also thought to be the god of livestock, along with Helios, the god who drove the sun in a chariot across the sky each day. Helios is the god Odysseus’ men anger when they eat his cattle in Homer’s epic poem The Odyssey. This mistake delays Odysseus’ voyage home even further and leads to the demise of all of his men.

Apollo is most well-known for killing the Python, which Hera sent after his mother while she was pregnant in revenge for sleeping with her husband Zeus. Apollo is also known for aiding Paris in killing Achilles, by guiding the arrow into his heel. He is routinely angered by the Greeks in Homer’s The Iliad and often takes the Trojans’ side of the battle. Apollo had many lovers, but some of his most well-known children include: Asclepius, Troilus, and Orpheus. Apollo was an amazing lyre player, using the lyre that Hermes made when he stole one of Apollo’s cattle and made it from the cow’s innards and a tortoise.


Be sure to look at our lesson plans on the 12 Olympian Gods!
Create a Storyboard
See All Of Mythology