Baldur is the god of summer sunlight and forgiveness. He radiates light from his shield and staff. 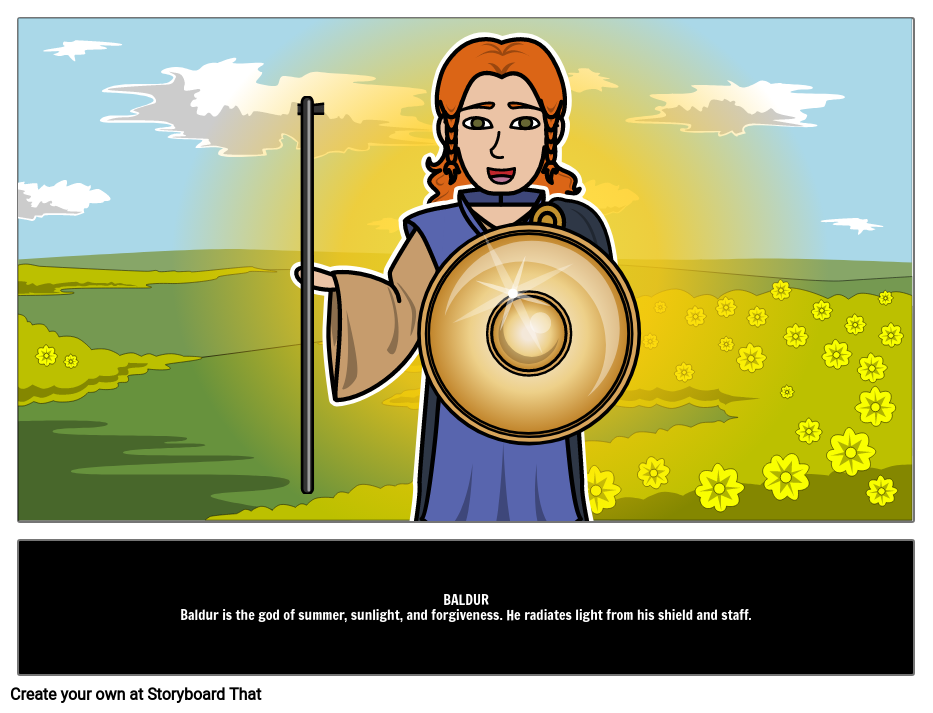 Baldur was the son of Odin and Frigg, and he was beloved by all of the gods. Soon, however, he was plagued with premonitions in dreams of his impending death. His mother, Frigg, alarmed by the dreams made sure to go to everything in the world and secure their agreement not to harm her son. The one thing that she decided to skip, however, was mistletoe, thinking it an inconsequential and harmless plant. Loki, the trickster god, immediately went and fashioned a spear out of mistletoe. He laughingly joined in the other gods’ games of throwing weapons at Baldur to watch the items bounce off harmlessly. When Loki tricked Hodr into letting the spear loose, however, it pierced Baldur, killing him.

Hermod, one of Odin’s sons, volunteered to go to the underworld Hel and petition the goddess of the underworld, also named Hel, to release Baldur from her grasp. Hel agreed to release Baldur on the condition that everything and everyone in the world weep for him to prove that he really is so loved by all. Everyone wept except for one giantess, who was actually Loki in disguise. Baldur was forced to stay in Hel until Rangarök, when he was finally released.

In vengeance for his son’s murder, Odin sends out a team, including his son Thor, to find Loki. Loki turns himself into a salmon and tries to escape, but he is caught in a net and cannot escape from Thor’s grasp. He is trapped in a cave with a snake’s venom falling onto his face causing him immense pain. He remains bound in the cave until Rangarök.