Hephaestus is the blacksmith god, as well as the god of fire and the forge. He is represented by his hammer and anvil. 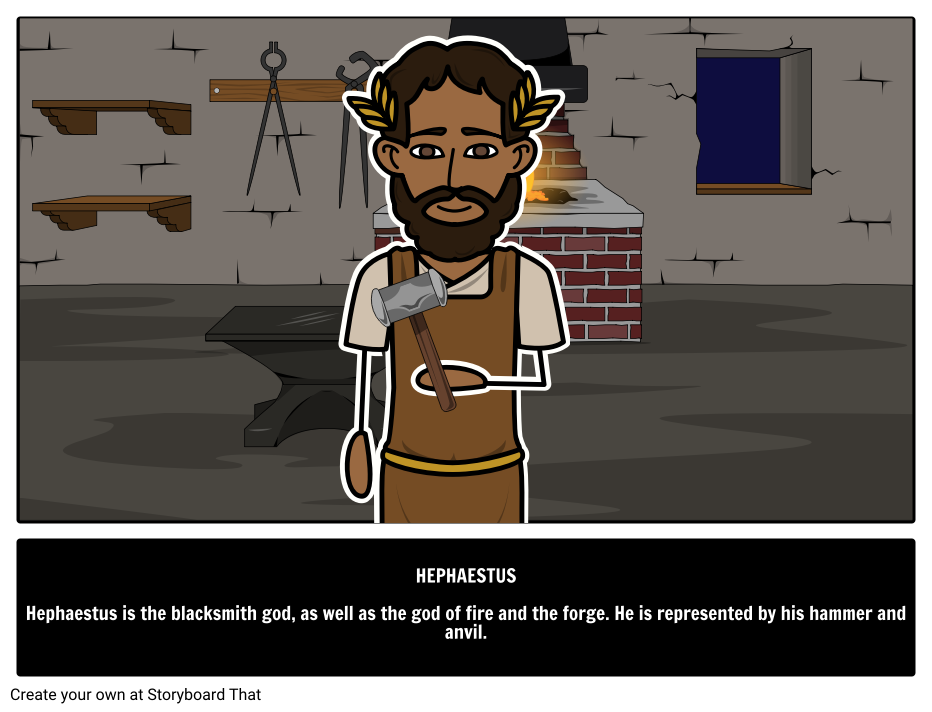 Hephaestus did not have a good beginning. He was so ugly when he was born that Hera flung him off of Olympus, angry that his looks would not be enough to turn Zeus’ attention from his illegitimate children. When he landed, both of his legs were broken, and he was taken into the custody of the sea nymph Thetis. He made such beautiful jewelry out of shells and pearls for Thetis that Hera demanded his return to Olympus. She allowed him to build a forge with the help of the Cyclopes, and promised him Aphrodite as his wife. He became the gods’ blacksmith, and forged weapons, armor, and special items for them in their times of need. He forged Achilles’ special armor, made Apollo’s golden bow and arrow, and molded Pandora out of clay. He was ugly, but he was unparalleled in his craftsmanship. He even forged the chains that held Prometheus to the mountainside, in Zeus’ punishment for Prometheus bringing fire to humans behind his back.

Hephaestus does marry Aphrodite, but she was habitually unfaithful to him, often cheating on him with Ares, the god of war. Hephaestus was sometimes associated with volcanoes, because his forge fire and great hammering on his anvil were often thought to mimic the behavior of a volcano when it was erupting.


Be sure to look at our lesson plans on the 12 Olympian Gods!
Create a Storyboard
See All Of Mythology