Pandora is the woman created by Hephaestus in order to wreak Zeus’ revenge on humanity. She is best known for opening the golden box which unleashed all of the evils into the world, because her curiosity got the best of her. 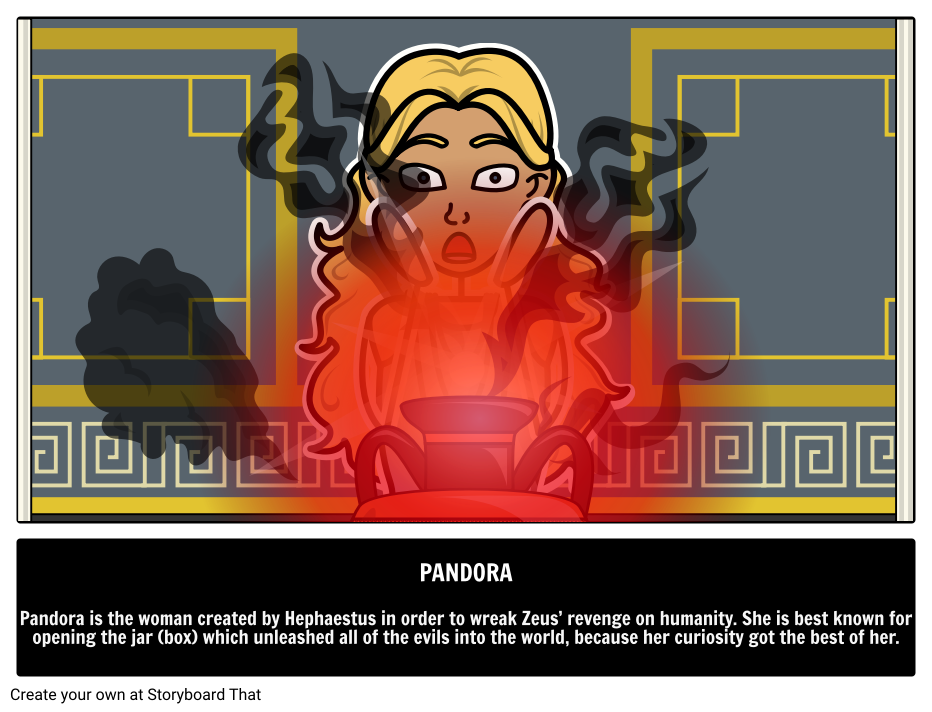 After Prometheus was punished by giving fire to mankind behind Zeus’ back, Zeus set out to punish humanity for accepting the gift in the first place. He asked Hephaestus to sculpt a beautiful, perfect woman from clay. Each of the gods gave her a gift, but the most important was a golden box from Hermes, which she was told never to open. The most dangerous gift was the gift of curiosity, given by Hera.

Zeus sent Pandora to earth as a “gift” to Epimetheus, Prometheus’ brother. The two were married and seemingly happy, but soon Pandora became preoccupied by what the golden box might contain. The box became an overwhelming obsession, to the point that she locked it in a trunk and buried it, only to dig it back up in the middle of the night.

Finally, she couldn’t stand it any longer. Pandora opened the box, unleashing all of the evils, sorrows, and death into the world. She closed the box before Hope could escape, which humanity needs in the face of all of the other terrible things she allowed loose into the world.