Ammut is a creature that is part crocodile, lion or leopard, and hippopotamus. She is known as the Devourer of the Dead because she devours the souls and hearts of those who are found unworthy on Ma’at’s scales of justice. 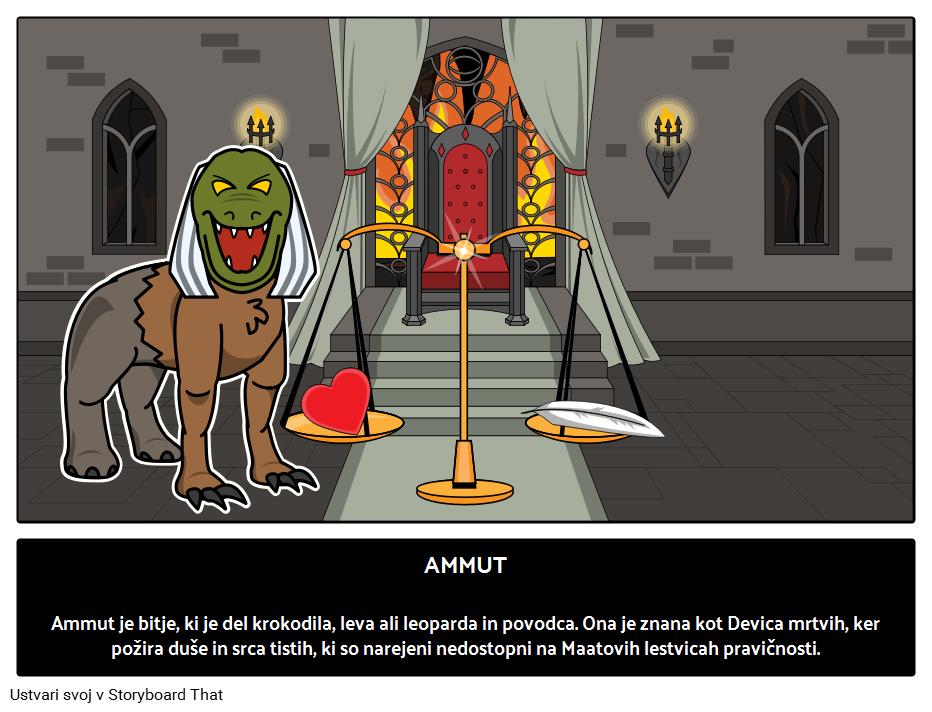 Ammut was a creature, sometimes called a goddess, that sat at the right hand of Osiris in front of Ma’at’s scales of justice. Anubis, the god of death, would escort souls to the scales for their judgment. Ma’at would place the deceased’s heart on a scale, and balance it with an ostrich feather. If the heart was too heavy, it was too full of impurities to move on into Duat, the Egyptian underworld. Ammut would eat the heart, and the soul of the deceased was doomed to wander restlessly throughout eternity, never finding peace or rest.

Ammut was a frightful creature, with the head of a crocodile, the forequarters of a lion or a leopard, and the hindquarters of a hippopotamus. She was sometimes called the Protector of Osiris, god of the underworld, because she was so frightening and she was rarely ever not by his side.