Sobek is the crocodile god of the Nile River, the patron god of the military, and the protector of pharaohs. He is typically depicted with a crocodile head and human body, an ankh, and a Hemhem crown with a uraeus, feathers, and a sun disc. 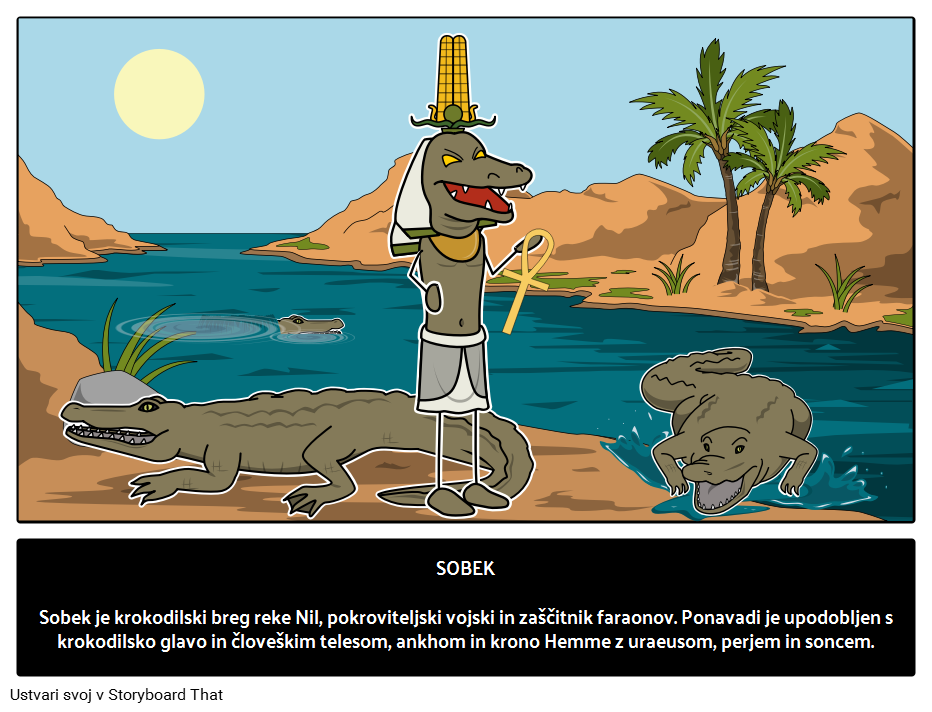 Sobek was the crocodile god of the Nile River. The people of Egypt both feared and respected the power of crocodiles, so Sobek soon came to be seen as a patron of the military and the protector of pharaohs. He was also a god that would restore souls damaged in battle or death to their previous physical health, including their sight and their senses. In some ancient Egyptian texts, he was a creator god, and he was believed to have created the earth. While he was creating, his sweat ran down his brow and back in a flowing stream which later became the Nile River.

In some myths, Sobek retrieved Horus’ four sons from the Nile when they emerged from a lotus flower by catching them in a net. Horus’ sons were the protectors of: the liver, the stomach, the lungs, and the intestines. He was usually closely associated with Horus. Sometimes he was mentioned as having helped deliver Horus when he was born; he was also associated with Horus because Horus turned into a crocodile to retrieve the pieces of his father, Osiris, when Set scattered them around the earth.